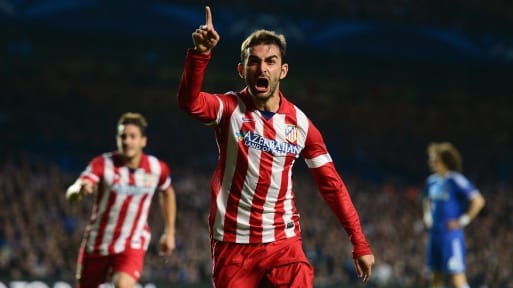 Indian Super League has been concluded a few weeks ago. Mumbai City FC claimed the victory and crowned as champion of 2021-21 season.

However, all the teams have switched their attention to the next season. Some have started planning to make their team stronger than this year.

The current champion, Mumbai City FC is reportedly interested in CA Osasuna striker Adrián López to bolster their attack ahead of the next season. CA Osasuna is a Spanish club that plays in La Liga. The 33 years old striker will be a free agent this summer. Mumbai City FC is trying to capitalize on that.

Adrián López also played for Atletico Madrid in his past. In his illustrious club career he has played 467 games and scored 77 goals.

Mumbai City FC also qualified for the AFC Champions League. To perform well in that competition Mumbai City FC need some excellent players along with experience. Adrian Lopez can offer both upfront.

However, Mumbai City FC is not interested to extend the contract of Bartholomew Ogbeche and Adam Le Fondre – their mainstay in the attack – despite their decent performance. According to report, the age is the real issue in the contract extension for both of the players. Adrian Lopez can fulfill the loophole in Sergio Lobera’s side.