Athletic Bilbao vs FC Barcelona: Lineups and how to watch the Copa del Rey final live in India? 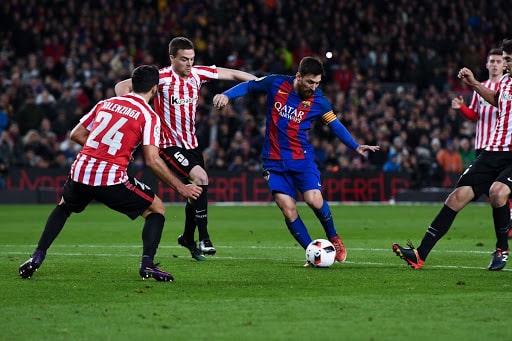 Barcelona will play against Athletic Bilbao in the Copa del Rey final tonight. The last year’s final was also postponed and was played a few weeks ago between Athletic Bilbao and Real Sociedad.

Real Sociedad ended their barren runs of trophies by winning the Copa del Rey, and now Athletic Club has a chance to win the trophy once again in a matter of few weeks.

When is the Athletic Bilbao vs FC Barcelona Copa del Rey final?

The Copa del Rey final match between Athletic Bilbao and FC Barcelona will be played on 17th April 2021.

The match will be played at Estadio de La Cartuja, Seville, Spain.

Unfortunately, no TV channels will broadcast the match live in India. In other countries, it will be available in Premier Sports 1 (UK), Startimes Sports Life (Nigeria), TeleCinco (Spain).

There will be no live streaming of the FC Barcelona vs Sevilla Copa del Rey final match in India. However, you can watch on ESPN+ (USA), Premier Player (UK).

Previous articleChelsea planning on signing Jude Bellingham
Next articleChelsea vs Manchester City: Lineups and How to watch the FA Cup semi-final match live in India?