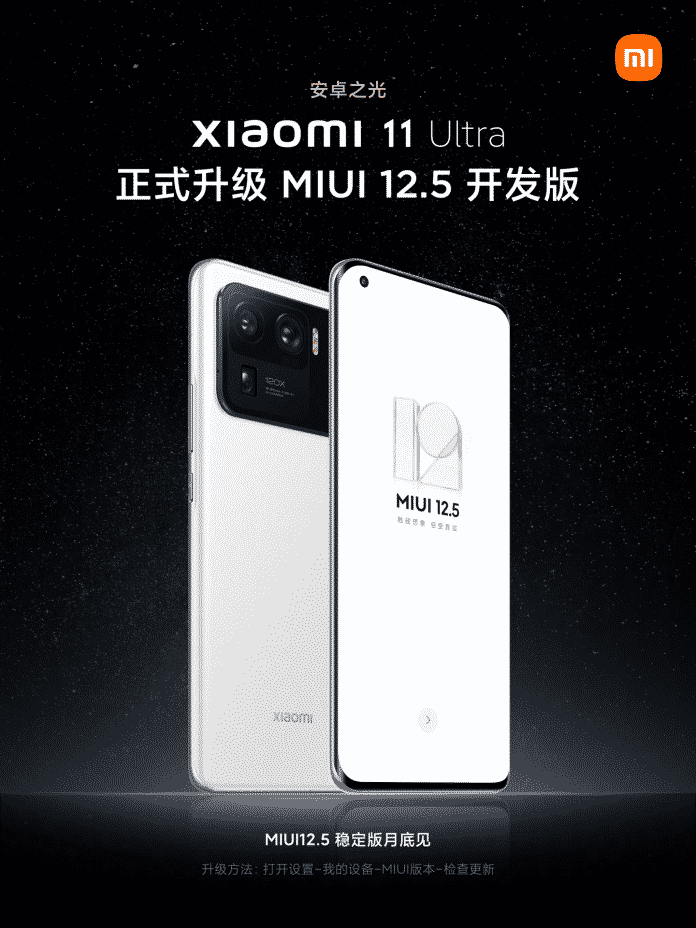 Xiaomi announced the launch of their upcoming major MIUI update called MIUI 12.5 back in February and promised to roll out to smartphones by April 30th. It consists a lot of important updates that not only improves the performance but also the usability of the already feature-rich MIUI 12.

The Chinese smartphone giant’s new top-of-the-line superphone – the Mi 11 Ultra comes with all the flagship features you could ask for and destroys flagships like Galaxy S21 Ultra, OnePlus 9 Pro and others.

So, Xiaomi has its superphone the first smartphone to hit the upcoming MIUI 12.5 today but in preview or development mode as reported by ITHome.

Know all the MIUI 12.5 Compatible devices and their rollout timings.