Edinson Cavani still in negotiations to stay at Manchester United 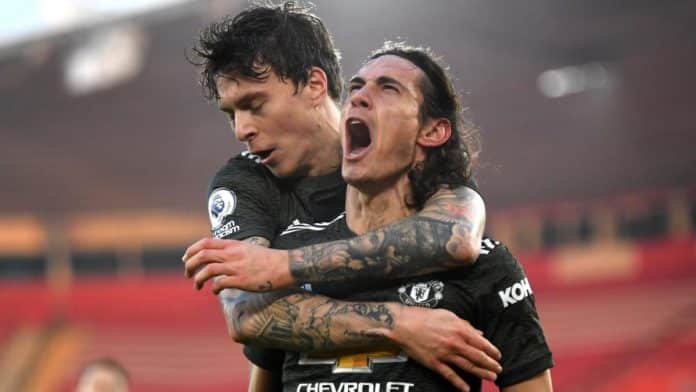 The final decision of course will be a family decision since the player is in his late 30s and value of family is becoming all the more important.

Boca Juniors have widely been documented to be offering him a contract worth two years. Cavani is still waiting to decide and United will push to keep him. This will call for long negotiations and will possibly not end till the end of the season. They are not giving up on the Uruguayan, because he handed over the words.

If United do not manage to agree terms with the player then we could see a return to South America for the Uruguayan. All that said, Cavani has been quite influential for the Red Devils this season. While he hasn’t been preferred ahead of Anthony Martial all the time, his contributions have been remarkable even from the bench.

Now that the Frenchman is ruled out for the season, Cavani will play an important part for the final games of the season to secure a top four finish for United and try and win the Europa League as well.