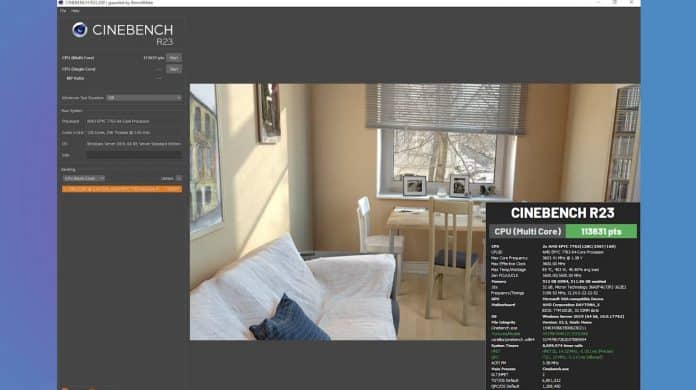 AMD launched their EPYC Milan CPUs last month based on their new and revolutionary Zen 3 architecture that promises better performance at similar TDPs we saw with Zen 2. Undoubtedly, the IPC gains with Zen 3 and the cache redesign has helped to make them the server processors out there.

The Red team’s main advantage is the number of cores they can stuff into a processor. So, they enjoy stuffing 64 cores into a single chip that makes them the most powerful x86 server chips ever.

So, ideally these processors are good for any kind of applications and their top-of-the-line EPYC Milan chip is the AMD EPYC 7763 with all 64 cores and 128 threads. It comes with 2.45 GHz base and 3.5 GHz boost clock speeds and a TDP of 280W.

This shows the absolute power of these EPYC Milan SKUs and sporting such high scores proves why they are called the best server processors in the market currently.