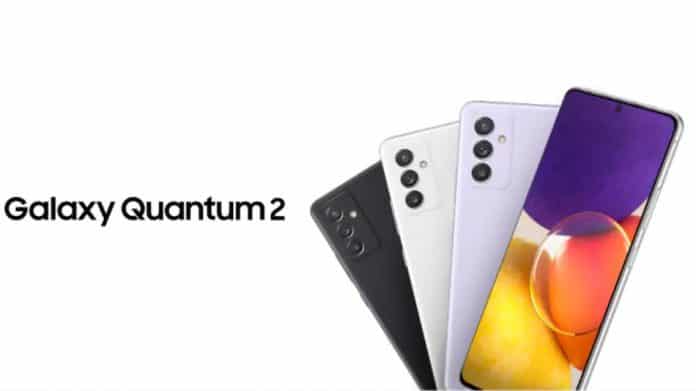 After leaking some images, Samsung has finally launched the Galaxy Quantum 2 in South Korea. It is like the other mid-range Samsung smartphone. This smartphone is informed that companies’ second smartphone to pack with a quantum random number generator (QRNG) chip.

This new chip is smaller than the last iteration of the first Galaxy A smartphone and also produced very unpredictable and patternless numbers with light. It is expected that this can be used by banking and other services. One Korean carrier SK Telecom thinks that this feature will make the device a tough nut to crack unless it goes to the wrong hand.

Without this development, the Samsung Galaxy Quantum 2 has not to crack much ground as Samsung has not exposed much information about the core specifications of the smartphone. In the case of imaging the Quantum 2 based on a 64MP basic shooter.

Specifications and other Details

The sales of Samsung Galaxy Quantum 2 will start from 23rd April, but all the preorders are already available. It seems that the availability 0of this smartphone is limited in South Korea for now, and it is assuming that the QRBG chips will tie in with other services.

It has been informed that the variation of this Quantum 2 would be launch as Galaxy A82. It has exposed the model number SM-A826 which is in line with the identifier Galaxy A82. The smartphone Galaxy A Quantum with QRNG chip has been launched as Galaxy A71. The price of the Samsung Galaxy Quantum 2 is KRW 699,900 or INR 46,966.