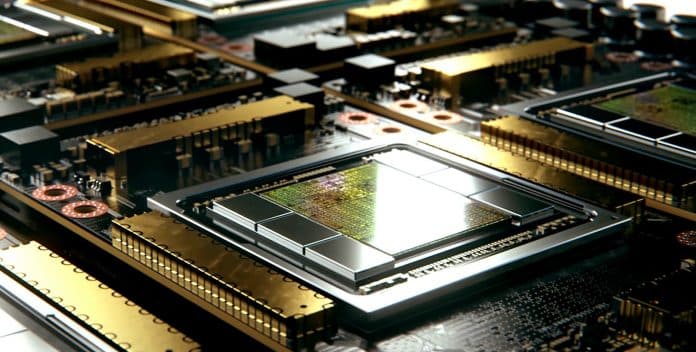 Nvidia recently unveiled a brand new GPU roadmap which confirms that its next-generation successor to the Ampere GPU will arrive next year in 2022. The roadmap gives us lots of information regarding the future ARM-based CPUs and DPUs.

NVIDIA’s CEO, Jensen Huang, confirmed that his company will be following a 2-year update cycle for all chips, which confirms that we are still a year away from Ampere’s successor’s arrival. According to the roadmap, NVIDIA will be unveiling its Ampere GPU successor, currently codenamed ‘Ampere Next’ in 2022.

The new GPU is expected to be codenamed Ada Lovelace since the Grace Hopper codename has already been used. The ‘Ampere Next Next’ GPU will be releasing in the year 2024. The green team also unveiled Grace’s roadmap, which is the company’s brand new ARM Neoverse based CPU.

The Bluefield-3 DPU will feature 22 Billion Transistors and will come equipped with 16 ARM A78 cores. Sources indicate that the new DPU offers up to 400 Gbps data transfer rates and delivers up to 1.5 TOPs of performance. Its successor, the Bluefield-4, will arrive in 2024 and feature 64 billion transistors with 800 Gbps transfer speeds & up to 1000 TOPs of performance.

Nvidia’s roadmap indicates that the company has a crazy line of products waiting to be unleashed in the market and eager to crush the competition.