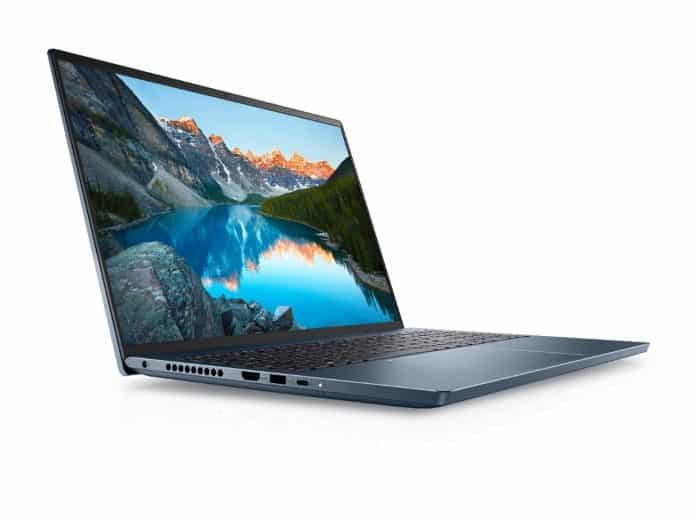 Dell has recently announced a wide range of laptops, however, the most interesting one has to its new content creator-oriented Inspiron 16 Plus. Powered by power Intel Tiger Lake-H processors and new NVIDIA Ampere dGPU solutions, these laptops give great display and thermals for creators to get the max out of it.

You have a high-quality display that offers a 10-bit color depth, 1000:1 contrast ratio, 100% sRGB color coverage, and 300 nits of peak brightness.

As previously mentioned, under the hood, you have new Intel Tiger Lake-H processors based on a 10nm process. However, Dell was not specific about the CPU, but you can safely expect the Core i7 variant to be included. Then you have the option of opting for a powerful discrete GPU in the form of a GeForce RTX 3060.

On the thermal front, you have 3 fans and 5 heat pipes of the RTX 3060 variant while all other configurations come with 2 fans and 3 heat pipes while all configurations featuring 4 vents. For RAM, you can upgrade up to 32 GB DDR4-3200 RAM, however, you have only one M.2 PCIe NVMe slot that supports up to 2 TB capacities.

On the ports & connectivity front you have 1 x Thunderbolt 4 and 2 x USB-A 3.2 Gen 1 connectors, HDMI 2.0b video output, SD card reader, and a headphone jack. You do get Wi-Fi 6 connectivity and an optional fingerprint reader, whereas you have an HD webcam with a shutter slider.

The Dell Inspiron 16 Plus sports a 56 or 86 Wh battery options with ExpressCharge function and it has been priced at US$949.99. It is expected to be available from North American / EMEA retailers on June 3.