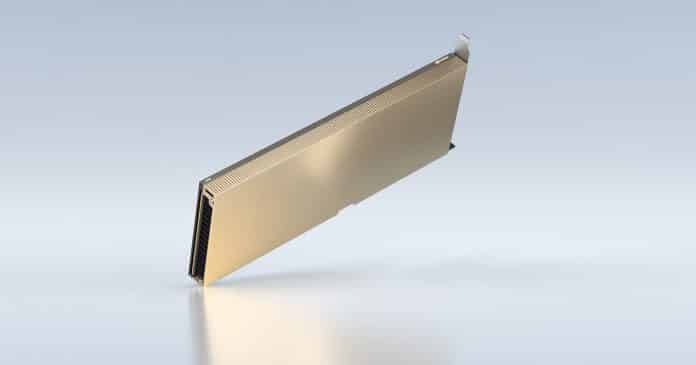 NVIDIA is launching its brand new Ampere-based A10 and A30 Tensor Core GPUs using the GA102 GPU and GA100 GPU, respectively, aimed at data centers and are mostly geared towards virtualization platforms.

While both of these GPUs will be Ampere-based, the memory subsystem will be very different. The A10 will offer GDDR6 and the A30 going with the standard HBM2 memory standard for data centers. Here’s a detailed look at the specs.

The NVIDIA A30 Tensor Core GPU seems to make use of a rather cut-down variant of GA100 SKU that features a base clock of 930 MHz and a boost clock of up to 1440 MHz. The GPU operates at a speed of 1215 MHz across a 3072-bit wide bus interface as it is equipped with 24 GB of HBM2 VRAM. This means that we are looking at only three active HBM2 memory stacks that deliver up to 933 GB/s of memory bandwidth.

According to a report by WCCFTECH, here are Inspur’s All-New GPU Servers Supporting A30, A10, and A100:

Currently, more than 20 NVIDIA-Certified Systems are available from worldwide computer makers, and NVIDIA A30 and NVIDIA A10 GPUs will be available later this year from manufacturers.