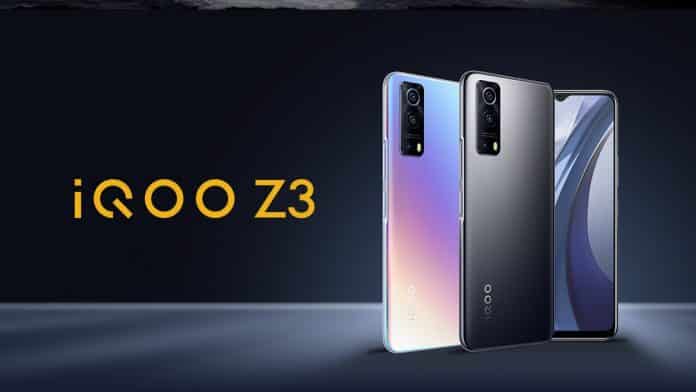 iQOO is planning to launch the iQOO 7 Legend smartphone in India very soon with Snapdragon 888 SoC and will be priced under Rs.40,000. iQOO India’s Country Director Gagan Arora revealed last week that the company will be launching multiple phones across different price points in India. Rumors claim that another Snapdragon 870 SoC powered smartphone is nearing launch in India, this might be the iQOO Neo5 5G, which was launched in China last month. Fresh news of another iQOO smartphone surfaced where it seems that the smartphone with model number I2011 has already appeared in the BIS Certification.

The Indian variant has the I in the model number and it matches the Chinese model number of the iQOO Z3 5G. The smartphone was launched last month in China and is a mid-range smartphone. The IEMI database reveals that the launch of iQOO Z3 5G in India is nearing.

iQOO Z3 flaunts a 6.57″ FHD+ LCD display and comes with a high 120 Hz refresh rate. It is powered by Qualcomm Snapdragon 768G 5G mobile processor. It has a screen resolution of 2408×1080 pixels and a 180Hz touch sampling rate. The smartphone is present with two RAM and two internal storage variants. It runs on OriginOS for iQOO 1.0 based on Android 11. It offers 6 GB and 8GB RAM and 128 GB and 256 GB internal storage.

The iQOO Z3 features a triple-camera layout on the back which includes a 64 MP main lens, 8MP ultrawide lens, and a 2 MP macro lens. On the front side, a 16 MP selfie shooter is offered for selfies and video chats. It draws energy from a 4400mAh battery cell and is paired with 55W FlashCharge support. Connectivity options for iQOOZ3 include a 3.5mm audio jack, Type-C port, side-mounted fingerprint, face unlock. The smartphone is 8.5mm in thickness and weighs 185.5 grams.

As gaming is one of the known qualities of the device, the smartphone comes with an Eagle Eye Mode 2.0, multi-channel support, and 4D game vibration along with a Game Box function. It also supports Multi-Turbo 5.0 for smartly managing the storage while gaming.