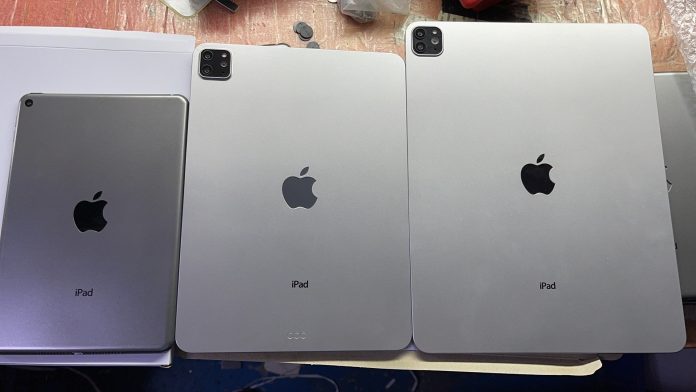 Earlier reports said that the US tech giant, Apple, is reportedly ready to launch new iPad models in the first half of 2021. According to Bloomberg, Apple is going to launch a new iPad Pro in April itself now.

In recent months, there have been issues related to Mini-LED displays from the supply side of the market but Apple is keen to launch its new iPad with a Mini-LED screen. Thus, it is set to replace the LCD panels. The leaks in the market suggest that iPad Pro can be powered by the Apple A14X chipset. This tells that it may have a processor based on the Apple M1 chip.

We can expect a new iPad Pro by the end of this month but the more expensive version of the Mini-LED display will only be sold after a few weeks only. This new device will come up with much-improved camera features. It can also support a Thunderbolt connection via a USB-C port. Let’s see if the tech giants are going to unveil the device via a virtual event or will take the route of a press release.

In other news, Apple and Qualcomm are accused of patent infringement by Red Rock. In the last week, the lawsuit is filed in the US District Court for the Western District of Texas. Qualcomm’s SMR526, SDR865, and SDX55M are the infringing products named in the lawsuit.

The reports also mention that iPhone 12 is built with the support of this infringing transceiver technology. The suing party also says that Apple and Qualcomm had prior knowledge of the existing patent. To make it more complicated, the lawsuit also alleged that Qualcomm was served with reminders of the patent’s existence at least three times between 2008 and 2011, according to the complaint.

The complaint claims that Apple and Qualcomm’s actions were unlawful. Both the tech giants “have been, and continue to be, committed in a knowing willful, and egregious manner and constitute a willful infringement of” the intellectual property. Let’s wait for further updates on this matter.

Share
Facebook
Twitter
Pinterest
WhatsApp
Linkedin
Previous articleAnuj Sharma: POCO F Series is in the works, will be a ‘much higher-priced’ phone
Next articleIPL 2021 – KKR vs MI: Fantasy XI team, prediction and how to watch the match live in India?