Xavi Simmons to be offered a new contract by PSG 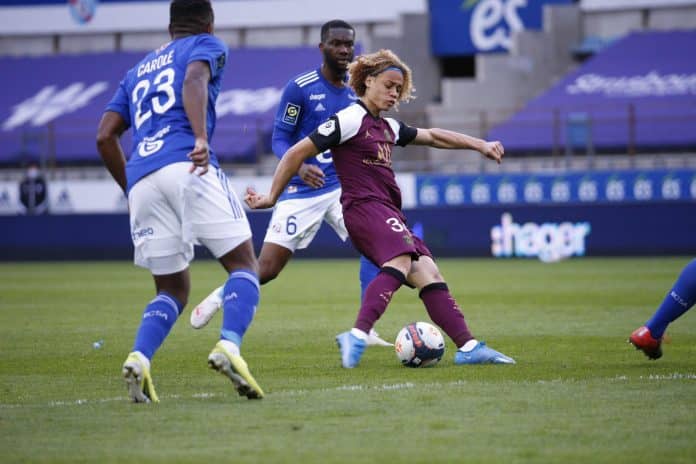 In the wake of Xavi Simons making his Ligue 1 debut for PSG in their 4-1 victory against Strasbourg, rumours linking the player with a contract extension have found their way around the internet again. Simons moved to Paris from Barcelona, in a similar vein to Neymar who also made the same switch.

The talented youngster is seen as the future of the Paris midfield by the authorities at the club. Given that his current contract expires in 2022, the club will be hoping to strike a deal soon to prevent other clubs across the continent from signing him.

According to Fabrizio Romano, the club is working on proposing a new contract in the weeks to come. The player’s stance on a future at the club is still unclear, but it is expected that Mino Raiola will be trying to be the agent for the player since he was close with Simons during his time at Barcelona.

Simons was born in 2003, and has featured for the Netherlands U17 team a handful of times and has also scored for them. PSG fans keen on the player staying will be hopeful of him getting more minutes till the end of the season.

To his advantage, Mauricio Pochettino has a history or trusting young talent and getting great results out of them. His work at Tottenham is testament to this and we could be looking at another exciting young talent being brought through by the Argentinian.