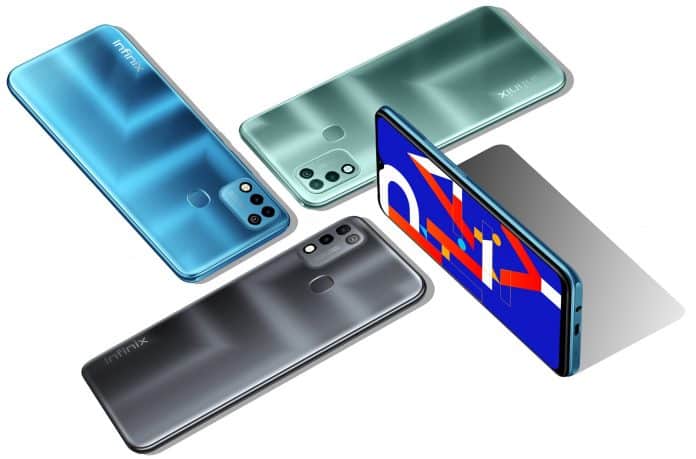 Infinix India ha launched the Infinix Spark 7 last week a an affordable price range and the smartphone is also gaining popularity as time passes. The Infinix Spark 7 is available via Amazon India for online purchase and the phone is priced at Rs.6,999 for the 2GB RAM + 32GB internal storage variant. The first sale of this smartphone is on April 16.

Moving on, an exclusive image has surfaced of the upcoming Infinix Hot 10 Play smartphone’s retail box. The backside of the retail box has been pictured and it reveals some key specs of the phone and the price as well. All thanks to @yabhishekhd for sharing this. Another source claims that it will launch in India on April 19 via Flipkart.

As mentioned in the box, the Infinix Hot 10 Play will come with a 6.8″ HD+ display, which is huge. The Mediatek Helio G35 processor will be powered by 4GB RAM and 64GB internal storage. It will have a 6000mAh battery. We will get a 13MP dual rear camera and an 8MP front camera. The leaked image of the box shows a price of Rs.10,990 for the 4GB + 64GB variant.

The source has only provided image of the rear side of the box and nothing else. We do not have the image of the original phone yet, but we will keep you update with any further news of this smartphone.

ABOUT US
The ultimate Technology & Sports news website, TechnoSports caters to the latest news for all its readers round the globe.
Contact us: [email protected]s.co.in
FOLLOW US
© 2020 TechnoSports Media Group