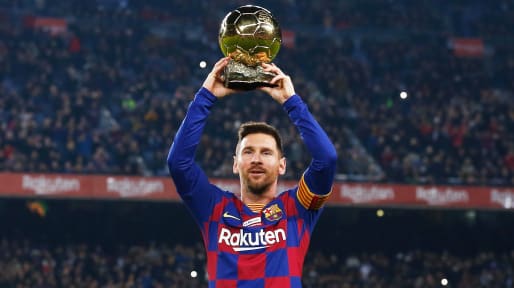 Former Barcelona winger, Andrea Orlandi has shared his experience of playing alongside Lionel Messi in the club’s reserve team. Orlandi spent the majority of his time at the Camp Nou playing with the reserves and soon moved on to England. Despite not making it to the first team with Messi, Orlandi has some memories of training with Messi.

Orlandi revealed that the Barcelona captain was very “shy” off the pitch, but was a “monster” on it. Orlandi shared his experiences with Goal.

Former Blaugrana attacker Andrea Orlandi: “Messi was a very shy person, and Ronaldinho looked after him. I remember he would prepare a coffee for Ronny and not say a word but, on the pitch, he would transform into a monster.”

“It was not pleasant training with him; you couldn’t get the ball off him or get near him. I have never seen someone as competitive as he was at 17 or 18 at the time.”

“He would bite your ankles if he lost the ball; he couldn’t cope with it. You could see he was going to be something big but I never expected him to become the best player in football history.”

Orlandi further said: “At the time, the reference point was Ronaldinho and he was the best thing I have ever seen in terms of pure quality. Messi was different to him. It wasn’t showboating but he would show you the ball and it wasn’t there anymore.”

“It was the small movements; he is so clever at getting out of pressure. You couldn’t show him onto his weaker foot because he was good on both sides. You couldn’t kick him because you can’t get near him.”

“What really impressed me was how he got the ball in tight areas, running at six players, but knew he would get out of that situation. Most players didn’t even think of doing it.”

Orlandi concluded: “My strongest memory was a training session where he came back from injury. [Coach Frank] Rijkaard organised a training game which mixed B players with first-team players. I was with Samuel Eto’o in my team and against Messi.”

“He got the ball in midfield and ran past one, two, three, four and five. He went around the goalkeeper and scored. It looked so easy and he just got back from injury.”

“Don’t forget, he was training with Deco, Xavi and Eto’o and he wasn’t shy on the pitch even if he was a shy person off it. He was so confident on the pitch that it was scary.”