Google Pixel Watch renders are out, the design looks too good to be true 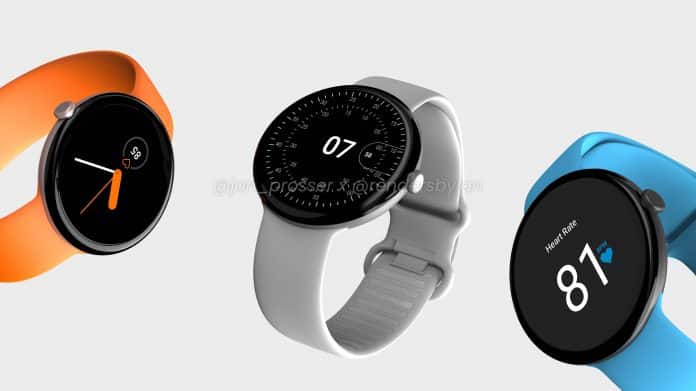 After years of rumors, Google seems to be prepared to launch their own wear OS smartwatch. We known leaker Jon Prosser recently unveiled a series of renders of the upcoming Google Pixel Watch. In his recent video on the Google smartwatch, he has mentioned the collaboration with Ian Zelbo for the creation of renders. Now coming to the renders of the upcoming Google Pixel Smartwatch, Jon has mentioned that these are not the exact designs of the smartwatch, but a render format that looks more or less similar to the original gadget. He has also added in his video that we can pretty much guess that the smartwatch will look this awesome in real also.

As per Jon Prosser, Google has given the codename “Rohan” to the smartwatch. The smartwatch has a completely round dial and bezel-less design. As per his source, there will be 20 different band options. Jon has also mentioned that the band that he saw in the real image was completely unique and so these renders has some alteration with the adjustment areas at the backside. The watch faces in the high-res 3D renders of Google Pixel Watch are even recreated, so that it helps to protect the source. In the original watch, Google has created a very clean UI.

So the source, claims we can expect this smartwatch somewhere around October this year. Whereas, the source has also added that this launch might be pushed and their reason is now unclear. So there is a chance we can see the Google Pixel Watch by this October.

Yesterday we got another confirmation from a Google Spokesperson, who claims that Google Pixel 5A will be available in the U.S. and Japan by the end of this year. SO there might be a co-incidence that the Pixel Watch might also launch somewhere around that time. Still, we are not totally confirmed about the launch dates of these devices, so we have to wait for the right time to come for more leaks and news to surface.