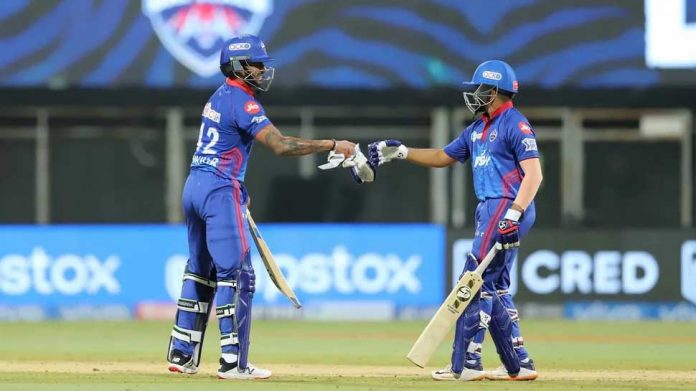 Delhi Capitals won the toss and opted to bowl first. CSK had faced some early blows as both the openers were gone in a low score. Suresh Raina [54 of 36] and Moeen Ali [36 of 24] calmed things down. Later a blistering knock from Sam Curran [34 of 15] helped CSK to put up a big score on the board.

While chasing Delhi Capitals’ openers did a pretty good job. Prithvi Shaw [72 of 38] and Shikhar Dhawan [85 of 54] both played extremely to give a great start to their side. Rishabh Pant’s men comprehensively won the game by 7 wickets with 8 balls in hand.

After the match, CSK captain MS Dhoni said, “A lot depended on dew, and that factor played on our mind from the start and that’s why we wanted to get as many runs as possible. The batters did a good job to reach 188 because it was tacky until dew settled in 50 minutes later. We could have bowled slightly better, and if batters are hitting you over the fields, that’s fair enough.”

On the other hand, DC skipper Rishabh Pant said, “It always feels good when you get the win in the end. In the middle phase, I was under some pressure. But Avesh and Tom (Curran) did well in the middle to restrict them to 188.”

He was also delighted to get the chance to captain his side alongside his idol, MS Dhoni. He said, ” It was very special walking out for the toss with MS. He has been my go-to man. I have learned a lot from him.