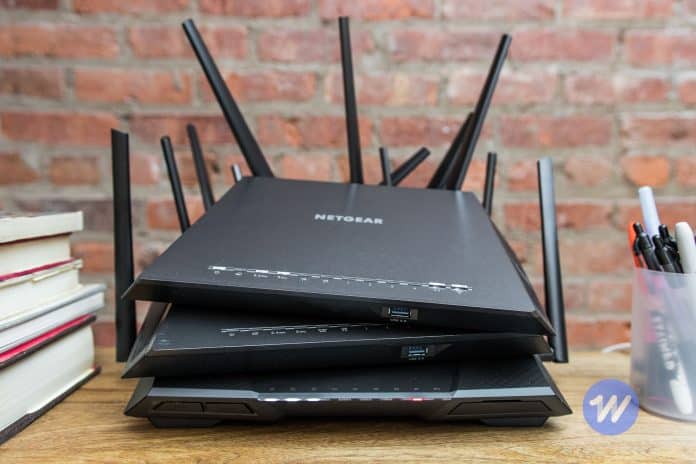 Broadband providers have become yet another victim of chip shortages choking global supply chains as they are seeing delays of more than a year when ordering internet routers, adding to the challenges faced by millions still working from home.

Carriers have been quoted more than double of the previous wait times, taking the order times to 60 weeks, according to people familiar with the matter, according to Bloomberg.

Running out of the right router risks loss of sales in the ever-competitive broadband market as it would prevent a carrier from being able to add new subscribers to its network. Their supply chains have become a headache because sharp manufacturing shutdowns due to the pandemic-inflicted year of 2020 were aggravated by a prolonged surge in demand for better home broadband equipment, said the head of European regional business for Zyxel Communications Corp, Karsten Gewecke, a Taiwan-based router-maker.

Since January, Zyxel has asked customers to order products a year in advance, he said, because chips from Broadcom Inc. among other components from other companies saw their double to a year or more since then. Zyxel is a major supplier of routers, with customers including Norway’s Telenor ASA and Britain’s Zen Internet.

According to Bloomberg, “Adtran, a U.S. network equipment maker picking up market share from China’s Huawei Technologies Co. in Europe, has also warned customers of supply chain risks and lead-time extensions in recent months.” The company has more than doubled its inventory by expanding its warehouse facilities in the U.K.

No carrier has run out of routers completely yet, but for the next six months, the supply chain looks strained, so it’s possible, according to Gewecke. “We have been very close several times,” he said in a video call. “It could still happen.”

Zyxel’s problems started when manufacturing in its Wuxi, China factory shut down for a month due to Covid-19, a year ago. “Since it reopened, supplies have been spotty and shipping costs have spiked as much as ten times their previous levels as exporters raced to catch up, even vying for space with outbound medical and personal protective equipment.”

Since Chinese factories restarted, chipsets have become a global bottleneck, choked by supply-demand mismatches and shortages of parts like silicon wafers. Components for other systems like power management and memory are also affected, Gewecke said.

“It’s a snowball effect that we’re pushing in front of us, and the situation since then has just become worse and worse and worse,” said Gewecke. “When I talk to some of the chipset vendors, some of them tell me that they have something like overbooking of 300% of their capacity.”

Routers command lower margins than smartphones and computers, therefore it is pushed back in the line for manufacturing at the semiconductor foundries which are finding allocation of scarce resources difficult.

Some carriers have hoarded inventory to avoid shortfalls, and some were further insulated by ordering months’ worth of equipment ahead of potential Brexit trade disruptions.

Excitel broadband brings 300Mbps Internet This Festival Season for only INR 599, with No Onboarding Charges