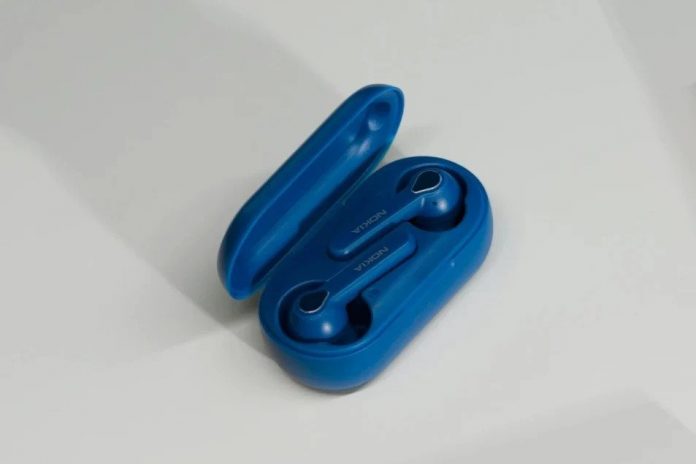 Nokia had launched the new Nokia X10 and X20, Nokia G10 and G20, and Nokia C10 and C20 smartphone series which have already created a huge demand among the buyers. Recently HND Mobile has revealed the service in the UK with the partnership of EE. It has made up using the HMD Connect global roaming solution and that can offer to maintain voice, text, and also data. HMD Global has recently claimed about the latest pair of genuine wireless earphones named Nokia Lite Earbuds (BH-205).

The design of this newly launched Earbuds are very similar with OnePlus Buds Z. These Earbuds are in-ear type, it also has featured with 6mm drivers and can connect with various devices through Bluetooth 5.0. It is not the end, these Earbuds have possessed the range of frequency from about 20Hz to 20 kHz. It has been informed that it can also support touch gesture controls like most TWS in the market.

These upcoming latest Earbuds will be charged by a 40mAh battery each, the company has declared to offer the listing time up to 6 hours. On the basis of the charging case, it has a 400mAh battery, LED indicators, and also can support a USB Type-C port of charging, after the charging the earphones will be last up to 36 hours. It has claimed that the charging case will provide five extra charging facilities. It is not the last one, the Nokia Lite Earbuds (BH-205) will become with two colors, one is Charcoal, and the other is Polar Sea, and it also has shipped with three different size ear tips, the ear tips (S, M, L). It also has a USB Type-C cable.

It has been confirmed from the various resources that the Nokia Lite Earbuds (BH-205) will have a global average rate of RRP of 39 EURO. There are many controversies about the availability of this device but it is assumed that it will be available in select markets from the starting of the middle of April.