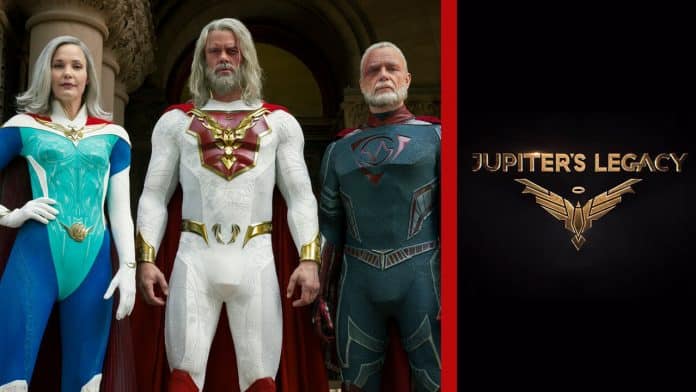 It is the first time that Netflix has acquired Millarworld Universe through the TV series Jupiter’s Legacy. Jupiter’s Legacy is the latest upcoming Netflix Original superhero drama series based on the comic book of that exact name created by Mark Millar.

In the Millarworld comics, Jupiter’s Legacy and the subsequent prequel Jupiter’s circle is the most remarkable work of Millar. This drama series will be the first one that will launch on Netflix.

The story of this series takes us to the 1930s when the first category of superheroes used to prominence after recovering their powers. As the elder guard, the actual heroes are reveres in the present day. It basically depicts the struggles of the children of the fabled heroes to live up to their parent’s legacy and legendary feats.

In May 2020, Mark Millar has confirmed the comic section in this series of Netflix. He just revoked it as a combination of Jupiter’s Legacy and two-plus Jupiter’s Circle first and second.

It has confirmed that Netflix is the owner of Jupiter’s Legacy, they just have acquired all the recent assets of Millarworld which are not already licensed out. It is assumed that Millarworld is to Netflix such as Marvel is to Disney. All the titles of the future Millarworld will be spontaneously developed by Netflix.

The name of the casts are as follows

This upcoming superhero series consists of eight episodes for season one of Jupiter’s Legacy. The list of the episodes in season 1:

Ep 3-Painting the Clouds with Sunshine by Morenike Balogun Koch

Ep 4- All the Devils are hereby Akela Cooper

Ep 8- How it All Ends by Steven DeKnight

After much controversy regarding the release date, the waiting is over for season one of Jupiter’s Legacy. It has been informed that this drama series will be released on 7th May 2021.

This good news has confirmed on 23rd February 2021, after Mark Millar has dropped out of the first teaser trailer of the series and also declared the release date via Twitter. After a week on 1st March 2021, the first look of this series has revealed. According to the tweet of Mark Millar, there 8 also were released on 1st March.