Journey to Royals: Chetan Sakariya from being the top player of the Saurashtra team, to winning the IPL contract 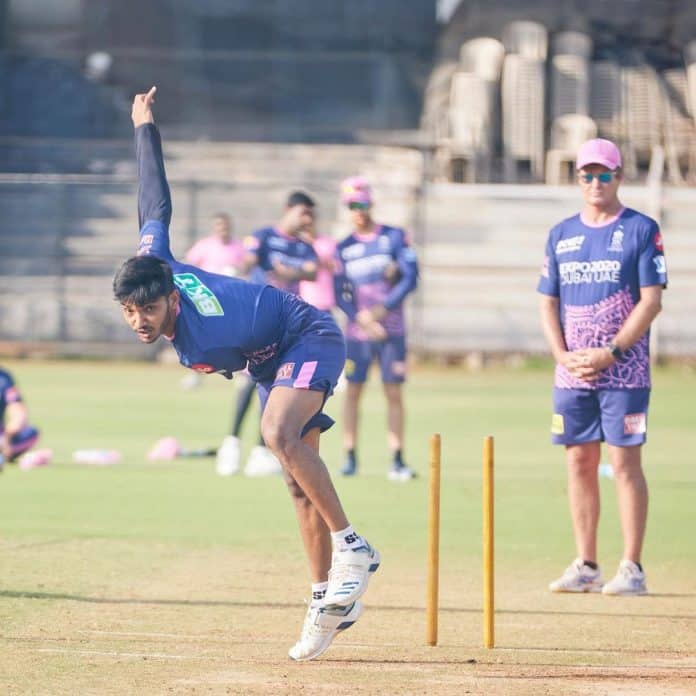 In an exclusive interview, left-arm seamer talks about his experience and the motivation behind his success

New Delhi, 9th April 2021: With just a dream of playing for the Indian Cricket Team and making India proud, this youngster upheld and embarked his way towards IPL 2021 despite innumerable challenges. Sports Yaari brings another compelling story of this Saurashtra player Chetan Sakariya, and his journey before becoming a professional cricketer and getting selected in the Rajasthan Royals team.

The 23yr old hails from Vartej, a small village 10 kilometres from Bhavnagar in Gujarat. He had a prolific Syed Mushtaq Ali Trophy which handed him the lucrative IPL deal with Rajasthan Royals.

Son of a former tempo driver, Chetan’s love for cricket surpassed his father’s wishes to score a government job. With all these strains and no financial support and equipment, his undying passion for the game and hard work paved the way for him to the Rajasthan Royals team in the upcoming IPL tournament.

Reminiscing his selection experience for this IPL season, Sakariya recalls, “I was in the bus with my Saurashtra teammates when the bidding was going on. The pressure was high as a lot of other good players were going unsold. During my bid, the first few seconds were quite nerve-wracking as no one made a call. However, when RCB and Rajasthan Royals started bidding, the energy in the bus went up. My teammates hooted and started celebrating and my coaches congratulated me too,”

Talking about his preparations for IPL 2021, Chetan Sakariya said, “ I started honing my skills as a net bowler in RCB last year and bowling for players like Virat Kohli & AB De Villiers helped me gain confidence in my bowling. I have been selected in the Rajasthan Royals team because of my bowling variations and my plan is to execute that very well during the tournament.”

Chetan Sakariya is all set to bowl his best during this IPL season. He dreams of buying a house in Rajkot for a better future for his family.

IPL 2021 – MI vs RR: Fantasy XI team, prediction and how to watch the match live in India?

IPL 2021 – RR vs KKR: Fantasy XI team, prediction and how to watch the match live in India?

IPL 2021 – RCB vs RR: Fantasy XI team, prediction and how to watch the match live in India?