iGaming has a bright future in India in 2021 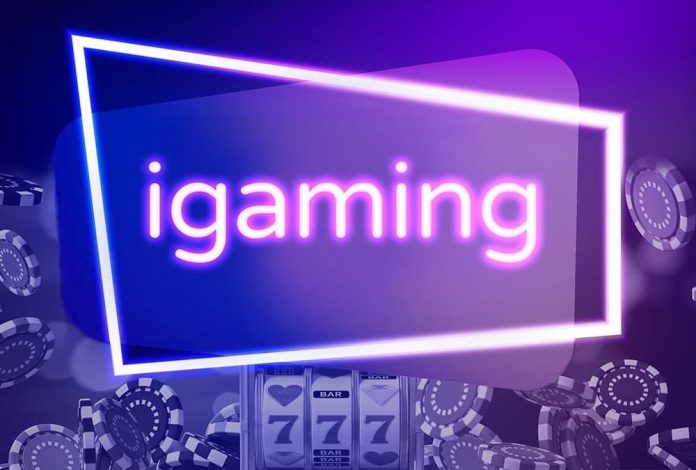 In the past two decades, there has been a steady rise of the iGaming industry within the global economy. According to Transparency Market Research or TRM, an online market research company, the future of iGaming seems to be heading towards a growth of US$ 100 billion by the year 2024.

In short, iGaming is betting or wagering on a result of a game or any type of event while using the internet. Simply put, it is online gambling. This includes, but is not limited to casino gambling (online Roulette, Blackjack, Poker), sports betting, and betting on online video games.

Due to its rise in popularity, it is expected that the current and future generations of speculators, gamblers, and gamers will continue to work on a platform that will be easy to use in the future. That is why it is not a surprise that the iGaming industry has evolved along with technology, especially with the use of smartphones.

How has iGaming evolved in India?

India has a population of over 1.3 billion people, and over 560 million of those people use the internet. So, it is no surprise that online gambling has evolved in India so strongly. What also has to be taken into account is the fact that the people of India are very dedicated and passionate about their national sports teams, which they frequently bet on.

India has a very young market – that is because 65% of adults are under the age of 35. Experts from casinofox.in predict that this is the target audience meant for iGaming and has a large potential. The increased use of smartphones within the younger generation has been one of the causes that gave the Indian Online Casino industry a steady rise. As a result of this, there has also been a rise in the development of responsive apps which allow for a smooth transition and access towards many iGaming brands such as Bet365, Betway, and Unibet.

This trend shows that the development of technology improved the accessibility and creativity of iGaming, which is something that the younger generations find more appealing.

The gambling industry in India is expected to reach a little over 3 billion dollars by the year 2024.

The legality of online gambling in India

Although betting on sports and casino gambling is prohibited throughout India, no one law prohibits online gambling.

Indian authorities have made it so that online betting sites do not legally exist in India, however, offshore sites are in the position to offer their services to residents of India. This is done in such a way because online gambling is not defined as legal or illegal in India.

Of course, the Indian Rupee needs to be used on these offshore sites for betting, but also for withdrawals and deposits. The use of PayPal has also made it easier to do online gambling, as well as the use of cryptocurrencies such as Bitcoin.

While future regulations might do a better job at preventing or at least regulating the online gambling market, currently there are no strictly defined rules in India regarding iGaming. The vast majority of online users do not have any problems when it comes to overcoming any barriers that might be set in their way and that is mostly due to them being internet and tech-savvy.

The future of iGaming in India

Due to the fact that the Public Gambling Act, which governs gambling in India, does not set any specific rules regarding online gambling, there has been no fear of consequences or repercussions among the massive population of gamblers online.

This also connects to the fact that the Indian online market is, like previously mentioned, a young market, ready to tackle new advancements and changes in technology – as the technology in online gaming evolves with new avenues in better graphics, videos, music, and themes, so evolves the need for better and more dynamic challenges in the iGaming industry.

And India, a country that has a steady rise of online development companies, seems to have made those advances by employing a large amount of people within the IT and Tech sector. It is estimated that by 2025, the IT industry’s revenue will reach 350 billion dollars. India has received a lot of investments from foreign countries due to its strength within the sector. So it is no surprise that with these numbers, the development of iGaming within India will only improve with time.

As previously mentioned, the use of cryptocurrencies such as Bitcoin has also made online gambling easier and more versatile, providing users a more varied platform when using online gambling apps.

Moving forward with iGaming in 2021 in India

Thanks to iGaming and the widespread use of the internet in India, the year 2020 has not been a problematic one for the online gambling industry. In fact, the opposite is true.

Due to quarantine being implemented throughout the world in 2020, the world, and India along with it, turned their attention to the internet and their smartphones. which only increased the use of online gambling. There is a massive growth expected in the near future, mostly due to the explosion of online gambling sites and the near simplicity they offer when trying to use them.

With increased betting options that offer more varied games for easier access to new players as well as old ones, there has never been a better time for online gambling to rise than in the year 2021. But that is not the only thing that will improve in 2021.

It is expected that with increased methods of payment (like the aforementioned cryptocurrencies) and with the use of VR (Virtual Reality) Casinos, there will be a better and easier way for online users to indulge in iGaming.

As India moves forward and develops its IT and Tech sector, it is more than likely that the iGaming industry will follow – the interest within the people is there, as well as the opportunity and the proper skillset. With the right amount of development, who knows what is the next stop in iGaming. Only time will tell.

Share
Facebook
Twitter
Pinterest
WhatsApp
Linkedin
Previous articleApex Legends is going to receive Five Wild New Modes next week
Next articleJourney to Royals: Chetan Sakariya from being the top player of the Saurashtra team, to winning the IPL contract

IGaming Software as a Way to the Gambling Industry