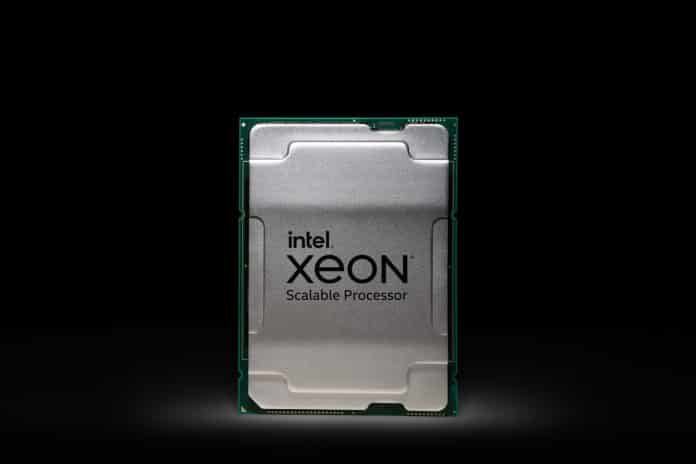 On Tuesday, Intel finally launched its 3rd Gen Ice Lake-SP Xeon CPUs, the American company’s first server lineup to be made on the 10nm process node. While the Ice Lake-SP lineup will be competing against AMD’s EPYC Milan family, it aims at the server segment.

Starting off with Intel’s 3rd Gen Ice Lake-SP Xeon CPUs’ details. It will be based on the 10nm+ process node and utilize the Sunny Cove core architecture. Since 2019, the Intel Sunny Cove x86 architecture has been around, and its first appearance was made on Intel’s 10th Gen Ice Lake processors for the notebook segment.

Tiger Lake has been of Intel’s interest since it is based on the Willow Cove x86 architecture and uses the 10nm SuperFin process node.

According to a report by WCCFTECH, some of the major upgrades that Intel’s 10nm+ for Ice Lake-SP Xeon CPU will deliver are as follows:

Some of the major highlights of today’s Intel Xeon announcement include:

Compared to AMD’s flagship, cores and base clocks are lower in the Intel product, however, the company’s architecture and process nodes are tuned for higher clock speeds so that might mark a small win for them.

The Ice Lake-SP CPUs will be supported by the LGA 4189 socket (socket P+) used by its Whitley platform. 2-way CPU support will be provided by the Whitley platform features, which will be interconnected with a UPI (Ultra Path Interconnect).

The lineup, which is quite confusing if compared to the AMD EPYC parts, starts with 8 cores and goes all the way up to 40 cores. You can see the table below to get a sense of what Intel will be offering in its 3rd Gen Xeon Ice Lake-SP stack: