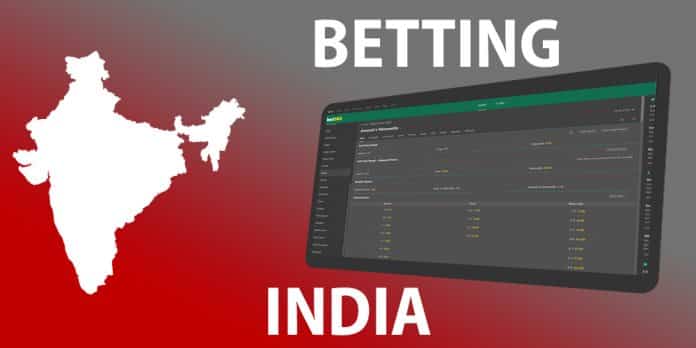 In spite of being illegal, sports betting has been quite popular in India. Punters used to rely on an illegal nexus of bookies to place their bets. However, there was always a danger of getting entangled with the law due to such activities. But not anymore. One can now place bets on one of the many betting sites in India, from the comfort of their homes, and without the fear of law.

Let’s have a look at three of the best betting sites on which Indians can place bets.

10cric, although based in Curacao, is a site designed specifically keeping the Indian punters in mind. The 10cric website, as well as its dedicated apps for Android and iOS devices, are some of the simplest to navigate and use. Even first-time users will find no problems in finding their way to their favorite betting markets.

10cric accepts deposits in Indian rupees, which makes it very convenient for Indian players, who can deposit money with a variety of different methods, including the popular e-wallet Paytm.

The name 10cric may be a bit misleading as one tends to think that the sportsbook is focussed just on cricket. While the site does allow users to bet on most major cricketing tournaments, one can also bet on sports like football, tennis, basketball, as well as popular Indian sport of Kabaddi.

10cric has one of the fastest withdrawal times among all sportsbooks and also has excellent 24×7 customer support, where players can get answers to all their queries.

Betway is one of the biggest online gaming platforms in the world. In addition to its focus on sports betting, betway also operates other brands like betway casino and betway poker.

Betway offers some of the most competitive betting odds in the market, and players can choose to bet on a variety of different sports and betting markets. It arguably has the best portfolio when it comes to horse racing, be it the races in the UK or in other countries around the world. The site offers some of the most generous promotional offers to its users, in the form of a welcome bonus, free bets, as well as betway boosts.

One of the most popular features of the betway site as well as its dedicated betting app is their sports blogs, where one can find expert analysis about upcoming events of different sports, as well as betting tips and tricks.

Betway operates under the license from Malta Gaming Authority. It also has betting licenses in a number of different countries, including the UK, Ireland, Denmark, Italy, Sweden, and Spain, making it one of the most reliable betting sites in the world.

Bet365 is one of the oldest names in online betting. The site was founded in the year 2000 and operates under the license from Malta Gaming Authority. In two decades, it has managed to get more than 50 million players from around the world, which speaks volumes about its reliability and reputation.

Indian players get to bet on a number of global sports, like football and cricket, as well as greyhound racing and ice-hockey. It also accepts bets on non-sporting events, like politics, major awards, as well as reality shows.

A popular feature of the bet365 app is the live streaming option, where punters can catch live games going on around the globe, on their mobile devices on the go. The live stream also features live statistics as well as detailed analysis, which makes live-betting a different experience altogether. Players also have access to innovative features like partial or complete cash-out, and can also edit their bets.