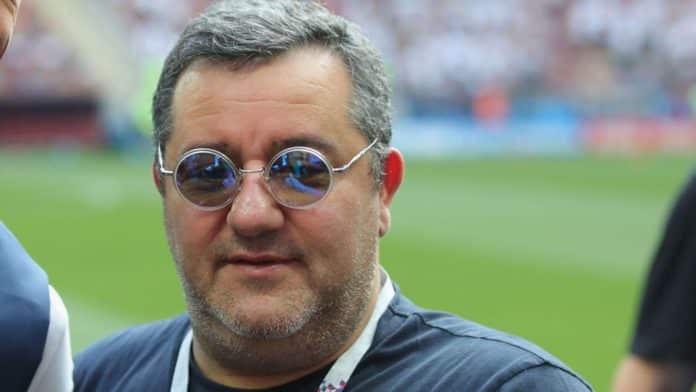 Mino Raiola has hit back at rumours that he and Erling Haaland’s father, Alf Inge Haaland had demanded a commission worth €20 million from Barcelona. The super-agent took to Twitter to dismiss these rumours, stating that ‘fake news travels fast’.

Raiola and Alf Inge Haaland travelled to Spain during the weekend to discuss the projects and plans in place at Barcelona and Real Madrid, both suitors for Erling Haaland. However, nothing has been agreed between the agent and either club yet.

Additionally, Borussia Dortmund are not willing to part ways with the Norwegian this summer, since he already has a release clause in his contract that comes into play starting from the summer of 2022. That clause is valued at €75 million and must be paid in a single instalment. This has narrowed down the number of clubs that can invest in the player significantly.

To quote Raiola himself, only ten clubs across the continent can sign Haaland while four of them are in England. Of the Premier League clubs, Manchester United, Manchester City, Liverpool and Chelsea are the interested parties with Chelsea and Manchester City being the most strongly linked in recent times.

While all of Europe is gunning for the signature of the player, he himself is focused on the season with Borussia Dortmund and aims at finishing in a Champions League place at the end of the season. Should Dortmund not qualify for the top tier of European football next year, they could be forced to part ways with Haaland since he rightfully demands to compete at the highest level.