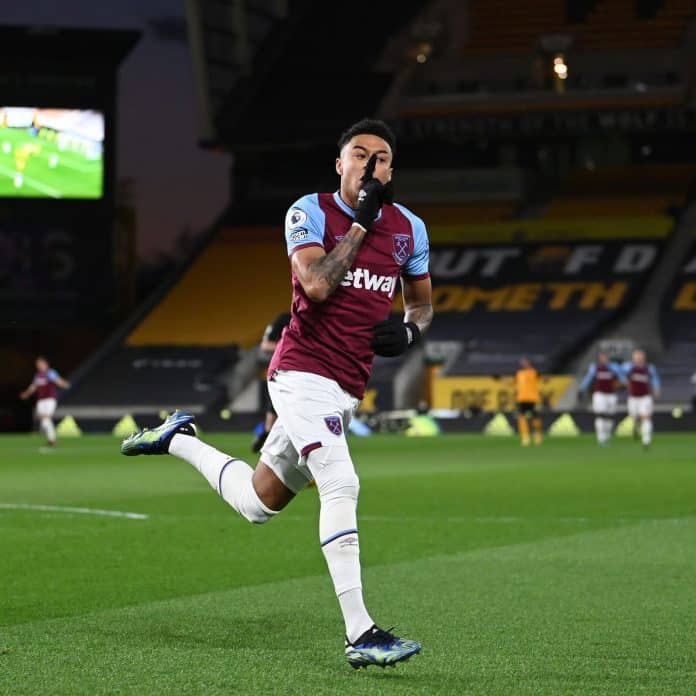 Manchester United outcast Jesse Lingard was sent out on loan to West Ham in order to regain his form. The England international has not only regained his form but has also been crucial to West Ham’s push for a Champions League place.

West Ham United faced Wolverhampton Wanderers yesterday and Jesse Lingard produced another masterpiece. David Moyes’s men went in front just after six minutes, with Jesse Lingard running from inside his own half to score a brilliant solo goal.

After another brilliant work from Lingard in the corner, the ball found its way to Pablo Fornals, who found the bottom corner of the net. It was soon 2-0. Lingard was again the architect of the third goal and this time it was finished off by Jarrod Bowen, who was on as a substitute for the injured Michail Antonio.

Wolves pulled two back but failed to draw the game as West Ham are currently sitting in fourth place in the Premier League table. They pose a serious challenge for a Champions League place.

West Ham boss David Moyes said post-match: “For a manager it is torture (game like that). Scoring three last week and three this, unfortunately conceding a few as well. It was really open. Both teams could have scored more.”

“It felt like deja vu. We didn’t manage it too well. We were going to try and make it four instead of settling for 3-0 at half-time. Some of our play in the first half was scintillating. Jesse (Lingard) was fantastic. Michail Antonio played as well as he has for a long while for 30 minutes. Were not sure on the injury. We will assess it tomorrow. It looks like he’s felt his hamstring.”

On the race for top four, he added: “We have to go and take it on. Why not? I am hearing pundits talking about West Ham having a chance of Champions League. Nobody would have envisaged or mentioned that last season. Can we keep it going? We are going to try and compete with the big teams right until the end.”