Google Pixel 6 Series may be equipped with its own ‘Whitechapel’ chips, not Snapdragon SoC 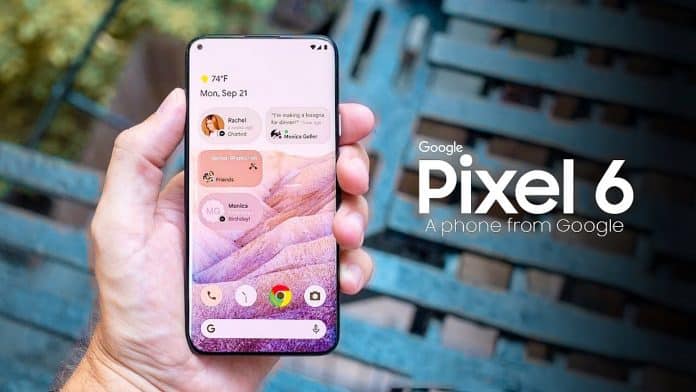 It is informed that TechGiant Google is going to announce the successors to the Pixel 5 in the month of October this year. Last year, the CEO of Google Sundar Pichai had given some hints that the company is focusing on deeper investments in hardware and also has planned a terrific pathway for 2021. Many people at that time were assumed the company may be working on its own processor with the codename of Whitechapel.

From some recent information, it has cleared that the upcoming Pixel smartphones would be one of the first mobiles to equip the GS101 Whitechapel chipset. It also heard that the Pixel 6 series may not be featured with Qualcomm’s Snapdragon SoC.

Like the Apple users, its own chipset has used to power iPhone and Mac devices, Google is also claimed that they are working on the chipset for its smartphones and also Chromebooks. In early 2020, it has rumored that Google is going to corroborating with another smartphone giant Samsung only to build the latest Whitechapel chips. It has been exposed in the publications that Pixel smartphones will be featured with Whitechapel processor.

This Whitechapel chip actually for the coming generation Pixel smartphones which is referred to by Google as GS101, in this GS stands for Google Silicon. It has been found that the reference for the Silder codename in the app of Google Camera is claimed to be shared the platform for Whitechapel SoC. Some other products which are associated with Silder have exposed that it is connected to Samsung’s Exynos chipset. It indicates that this GS101 chip is built up with the South Korean tech Giant’s, System Large Scale Integration (SLSI) division. It is assumed that the Google chips will have some similarities with Samsung Exynos.

It has published that Google’s phones codenamed as ‘Raven’ and ‘Oriole’ that are identified to be the first mobiles to launch with the Silder platform.

It has been informed from XDA Developers that the performance of the GS101 could be equipped with the Snapdragon 7 chipset series. In this, the 5nm octa-core ARM chip will be included with two Cortex-A55 CPU core, two Cortex-A76 cores, and also four Cortex-A55 cores along with an off-the-shelf ARM Mail GPU.

The Pixels will be powered by its own chipset which provides Google a better control over the driver updates as it may not be reliable on Qualcomm. It comes to know that the drivers will be very compatible with the latest editions of Android OS for a huge time. Recently, these pixel devices support the updates of Android OS for 3 years. The latest Google Pixel smartphones with their own chip may have OS updates up to 5 generations.