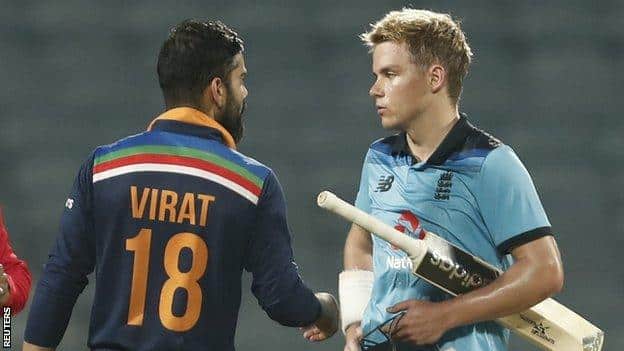 India beat England in the last ODI by 7 runs and won the series by 2-1.

England won the toss and elected to bowl first. India put up a huge total of 329 runs on the board in the first innings. Half-centuries from Rishabh Pant [78 of 62], Shikhar Dhawan [67 of 56], and Hardik Pandya [64 of 44] helped India to reach a high total.

However, while chasing England did not start well. Both the openers were gone with a low score. Dawid Malan [50 of 50] and tail-ender Sam Curran [95 of 83] tried their best to clinch the victory but failed. Indian bowlers did a great job to restrict them in 322 runs.

After the win, Indian skipper Virat Kohli said, “When the top-two battle each other, we’ll get exciting games. No one will throw in the towel, and Sam played a really good inning to keep them in the hunt. However, our bowlers picked up wickets, and it moved from us finishing it off to them getting over the line before Hardik and Nattu pulled it back.

“I’m surprised Shardul wasn’t the man of the match, and Bhuvi wasn’t the man of the series. A lot of credit to them for bowling so well in adverse conditions. Prasidh and Krunal were impressive but death overs batting was extremely good, despite the early wickets, and if the top three can get a hundred, then we can get 370s and 380s later.”

“This win has been sweet because it’s against the top team in the world, and we’re looking forward to the IPL. It’s been an amazing season, series, and this was a great way to finish it off. Scheduling needs to be looked at in the future, since playing in bubbles will be difficult, and everyone can’t have the same mental capacity all the time, but I’m looking forward to the IPL for now.”-he added.

India beat England by 66 runs in the first ODI

England vs India – The history of the Cricket Pataudi Trophy