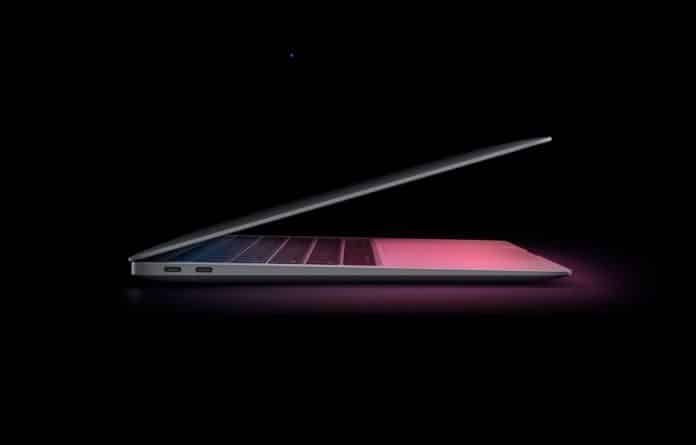 Apple’s M1 chips brought along with them major performance and battery boosts and most importantly there was hardly any heating issue to be found with the machines. But henceforth Apple is hinting that the hitting issue might be eventually back. According to sources, Apple is looking into ‘Deployable Feet’ for the MacBook Pro as an enhanced cooling solution.

To confirm the news, the Cupertino giant has filed a patent that details how the company will make this happen. From reports, we know that the patent application is titled “Deployable Feet for Display Articulation and Thermal Performance.” The patent highlights moving parts within the MacBook Pro which will lift the rear of the device for better cooling. The feet move under the laptop and raises it by 3.8mm to increase the airflow underneath.

According to the Cupertino giant, the deployable feet will take less space compared to fans and other cooling means. This will ensure that the MacBook Pro stays thin and light with better heat management. The cooling method will contribute to the laptop’s performance as less strain is put on the processor.

according to the patent, “the deployable feature can at least partially define a vent when deployed.” It increases natural airflow under the laptop the deployable feet will be integrated with Mac’s software. This will permit the processor to push better performance.

The company is also known for filing patents but not moving ahead with them. So if the commercial importance of such a design is deemed unworthy then Apple might very well discard the project.