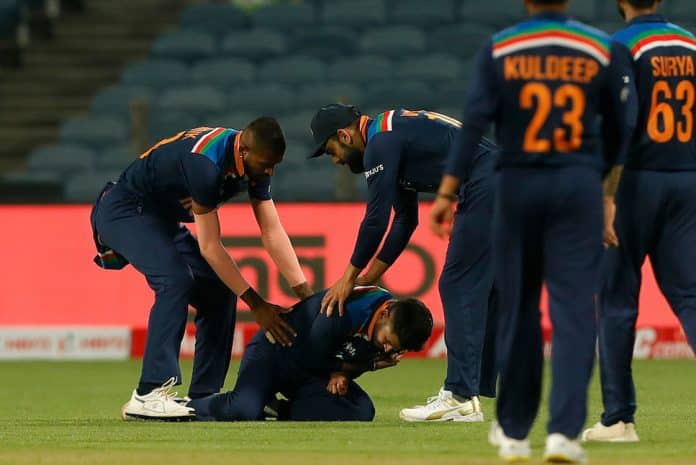 Big blow for Delhi Capital before IPL as their skipper Shreyas Iyer will miss the entire IPL due to a dislocated shoulder. There is no chance for him to come back until the first half of the season.

Shreyas Iyer picked up the injury against England in the first ODI yesterday. It’s ruled him out of the remaining two matches against England as well. A source inside the Indian Team told ANI, “The preliminary view is that he requires surgery but further opinion has been sought from an expert in this regard and if the surgery takes place, which seems likely, he would miss the entire IPL season.”

Iyer was taken to hospital for the scans immediately after he walked off the field during the eighth over of England’s innings. According to the medical reports, his shoulder was partially dislocated. This was the second time in the last six months he picked up an injury on his shoulder. The last time he took a knock against Australia in the ODI series.

Iyer was excellent for Delhi Capitals in the last couple of seasons. He took the captaincy in the middle of the season in 2018 when Gautam Gambhir stepped down from his role. Delhi finished 3rd that season. In comparison, they were the runners-up last season. Shreyas Iyer led the team from the front as he scored 519 runs in 17 matches last season.

If he fails to come back in the second half of the season, then it will surely be a big blow for Delhi Capitals in IPL 2021.