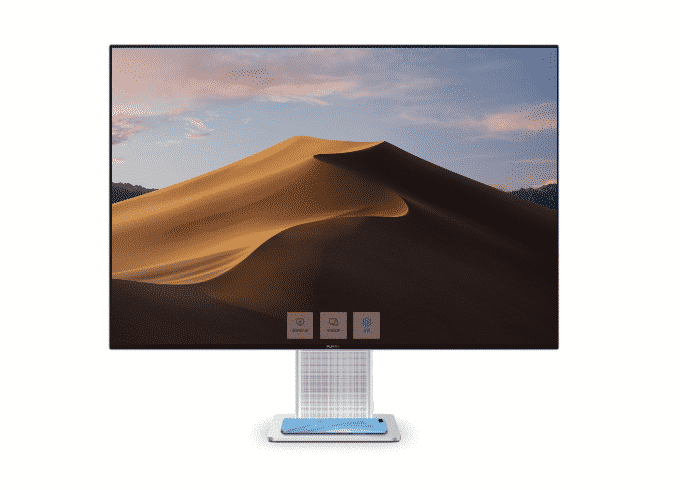 Huawei has tried its extremely best to stay ahead in the market and desperately tries to get back its market share, which the Chinese tech giant lost due to the US-China trade war. As a result, we have already seen the company’s smartphone segment suffering a major set-back.

Sources indicate that the monitor comes with a 3:2 aspect ratio. We don’t have many 3:2 external monitors, to say that they have not been adopted by the manufacturer won’t be wrong by a long shot. However, some manufacturers are slowly starting to adopt the tall aspect ratio that Microsoft champions with its Surface series.

From what we know so far, the MateView has slim bezels, giving it a modern look. The images released show that the smartphone is being recharged wirelessly, which is a nice touch.

Sources indicate that the charger will eventually meet the Qi wireless charging standard. The MateView also supports Huawei’s AI Life app. As far as other specifications go, we have no idea what the monitor will bring to the table.

Reports also indicate that the MateView can recharge devices at up to 135 W via USB Type-C. As to when or where Huawei plans to release the MateView, is still unknown.