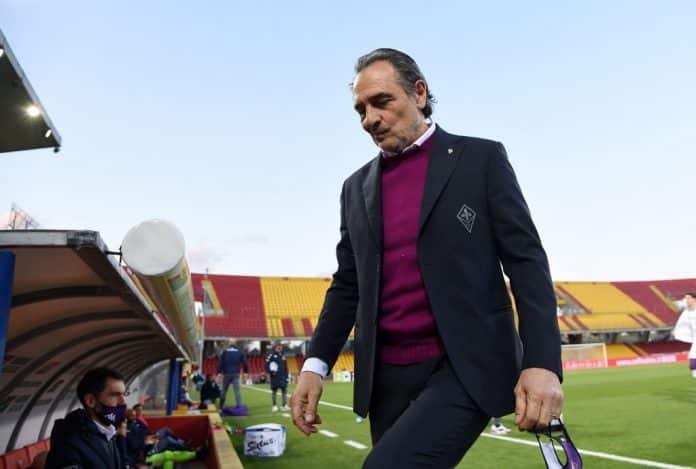 Fiorentina manager Cesare Prandelli has handed in his resignation following the 3-2 defeat to AC Milan at home, which is now the final time that the manager took charge of the club. Fiorentina are currently in 14th place and are 7 points clear of relegation.

‘With great sadness the club has accepted his decision, acknowledging that the reasons behind this go beyond football,’ Fiorentina said in a statement.

This was Prandelli’s second spell in charge of the club, having previously led them into the last 16 of the Champions League and the UEFA Cup too, having taken charge of the Tuscan club from 2005-10.

“This is the second time I’ve left Fiorentina. The first time was not my decision, but this time it is. In life, as well as the good times, there are also dark moments which can get on top of you.

“I have been going through a period of profound distress which is preventing me from being who I really am. I began this experience with joy and love, spurred on by the enthusiasm of the new owners. It’s likely that that my love for the city, and the memories of the great moments I’ve experienced here, made me blind to the early signs that something wasn’t right inside.

“My decision has been guided by the enormous responsibility I have towards the players, the club and – last but certainly not least – to the Fiorentina fans, for whom I have great respect.”

Previous articleTop 5 youngsters to watch in the U-21 European Championship
Next articleMi 11 series is coming soon in India: Official