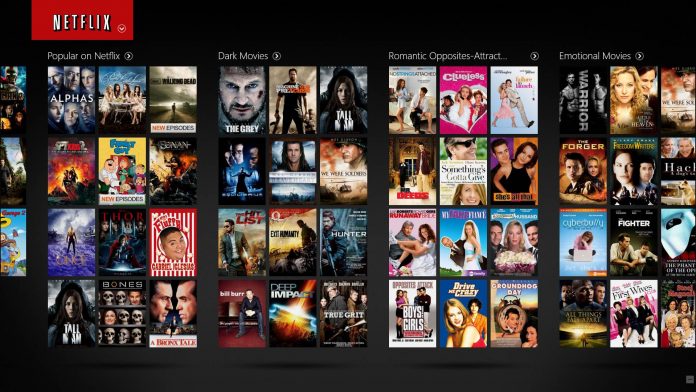 As we know today we don’t need to go outside to watch films and series as the OTT platforms are filled with a lot of incredible series.  In this situation as coronavirus has risen again so it will be a good idea to watch series at home and OTT platforms have already launched fantastic series for the audiences.

In the top list of OTT platforms, Netflix is that platform that is filled with any type of series. From thriller, adventure to biography all kinds of series is available in it.

Here is a list of the top 10 Web Series with 4K titles:

The story of this series is based on a social experiment in which 100 individual people become a part of some interactive experiments who are passing through sex, happiness, torture and all other essential parts of the human being.

It is about a farmer named Wilfred James who is living in Hemingford Home at Nebraska with his wife named Arlette and they have a son named Henry who is 14 years old. In this Wilf is strongly against the will of her wife about the selling of the farm and moved into Omaha.

The story is based on an event that had taken place in May 2018. It is mainly arranged for the Border Network for the rights of the human. During this event, people from each side of a dry embankment across the Rio Grande who are generally separated have got some time to reunite.

7.A Life of Speed: The Juan Manuel Fangio Story

The story of this series is based on the life of five-time Formula One world champion Juan Manuel Fangio. It is the first official documentary of the legendary driver.

6.A Futile and Stupid Gesture

After the success of National Lampoon in the year of 1970 and ’80s, a new media empire has created on over screen as a part of the intelligent and troubled Douglas Kenney.

The story is based on two lifelong best friends Alexa and Katie who are excitedly anticipating the beginning of their freshman year of high school. In this, we will see the deep friendship between the two friends.

The story of this series is a representation of the life and death of Montreal mob boss Vito Rizzuto. This series is also included the story of family, loyalty, deceit, power, greed, and sparks of revenge.

3.AJ and the Queen

It tells about Ruby Red who is bigger than life but down on her luck drag queen who has traveled across America from one club to another club, through this travel she has found her sidekick named AJ who is recently an orphaned, tough-talking ten-year-old kid.

This is a very popular series. The story of this series is based on Hannah Baker who is a high school student and commits suicide. Some clay has found from a box of tapes from Hannah about his late classmate and also crush who has killed herself by facing some unfaithful behaviors of the people from her new surroundings.

It is an American psychological horror-thriller film. After the death of Tony’s wife uncertainly, the nice guy personality has changed into a very terrible, impulsive, and also devil type attitude, who did not care about anything.