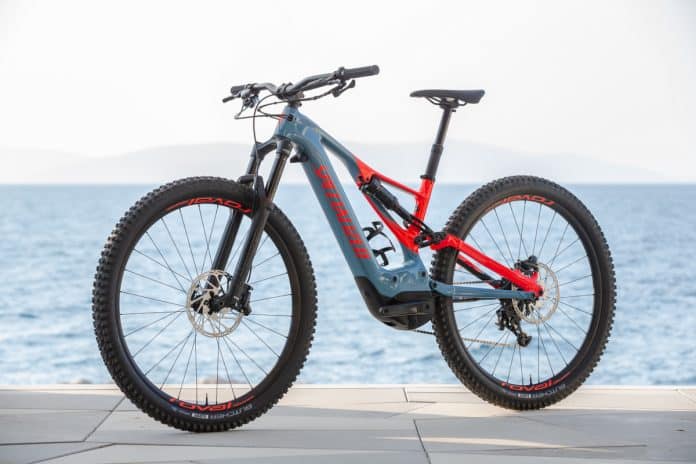 The growing popularity of electric bikes raises as many exciting possibilities as unique challenges. One of the biggest issues is what to do with all those e-bike batteries when they are eventually dead. Rather than throwing them into a landfill, one major bike manufacturer is teaming up with a co-founder of Tesla to ensure those batteries are recycled.

The third-largest bike maker in the US based on market share, Specialized, is getting help from Redwood Materials, a firm run by a co-founder of Tesla, Jeffrey “JB” Straubel, to figure out a process for recycling the company’s e-bike batteries.

Chris Yu, chief product officer at Specialized, says that the bikes are built to last a lifetime, but the batteries typically run out of power after four and six years. “Generally, the bikes will long outlast the packs for the typical user,” Yu told The Verge. “And so it’s always been in the back of our minds: what do we do about them?”

Enter the Carson City, Nevada-based company, Redwood Materials. It was founded by Straubel in 2017 primarily as a recycler of electric car batteries. The company breaks down scrap from Tesla’s battery-making process with Panasonic and also recycles batteries from Nissan, and Amazon, among others. As much of the e-waste in the US is shipped to developing countries for smelting, Redwood promises that all of its recycling is done domestically and with an eye toward reuse and recovery. Last year, Wired referred to the company as the “anti-gigafactory.”

From what we understand, this is how the partnership will work: Specialized, through its network of retail partners, will recover depleted e-bike batteries and then ship those batteries to the Northern Nevada facility of Redwood. The first step will be to note and understand how much of the battery is reusable, such as various plastics, wires, connectors, and other components. After that, a chemical recycling process will be done by Redwood, in which it strips out and refines the relevant elements like cobalt, nickel, and copper. Then, the reintegration of a certain percentage of that refined material into the battery-making process will begin.

“Usually, there’s not very much else in there that’s very recyclable,” Straubel told The Verge. “But we strive to really minimize any separate waste streams.”

Specialized says that by the end of 2021, every one of its e-bike batteries will “have a pathway” to Redwood’s recycling facility. Yu explained that means making customers aware of the expected end-of-life date of their e-bike’s battery and what recycling opportunities are available to them. So far, 100 percent of the battery packs collected by Specialized have gone to Redwood.

With e-bike sales booming, expectations are that there is going to be a tsunami of dead batteries needing to be recycled in the future — perhaps more so than from electric cars. According to data provided by The Verge in a report, “more electric bikes were sold in Germany in 2020 than all of the electric cars sold in Europe. Over 547,000 e-bikes were sold in the Netherlands last year, or 54 percent more than the total number of cars, both gas, and electric.” According to Deloitte, between 2020 and 2023, 130 million e-bikes are expected to be sold globally. This will make e-bikes the most popular battery-powered vehicle on the planet.

What helped convince Straubel to team up with Specialized on this project are these data points, a faster product life, and a higher volume of sales. He also was friends with Mike Sinyard, Specialized’s founder, and CEO. But e-bikes, in addition to lightweight EVs like mopeds and scooters, are a sign of where things are headed globally for transportation. Straubel did not expect that so much of the e-waste that is processed for recycling is comprised of materials from e-bikes.

“It’s kind of a bellwether, I think, for passenger EVs,” he said, “and that’s been a really fascinating thing.”

As to why Redwood promises to do its business domestically? E-waste recycling is a notoriously shady business, raw materials are sent overseas by companies to developing nations that lack the infrastructure for safe processing. This, in turn, has caused a growing ecological disaster.

Things are changing in the US in a way that could have a broad effect on what Specialized and Redwood are hoping to accomplish. A bill was just introduced in the House of Representatives that would incentivize the recycling of lithium-ion batteries (both widely used in electric cars and e-bikes). Another bill would see anyone who purchases an e-bike get a tax credit. Public tax dollars are flowing into the industry in a way that highlights the importance of the partnership growing between Specialized and Redwood.

Straubel agrees, saying it’s a question that’s on the minds of the people who buy these products: what will happen to it when it eventually runs out of power? “They want to make sure that the solution isn’t worse than the problem,” he said. “But to me, this is a story of optimism because these batteries are very highly recyclable, with the right process and method for doing it.”