Bridgerton (Season 2): Everything We Know So Far 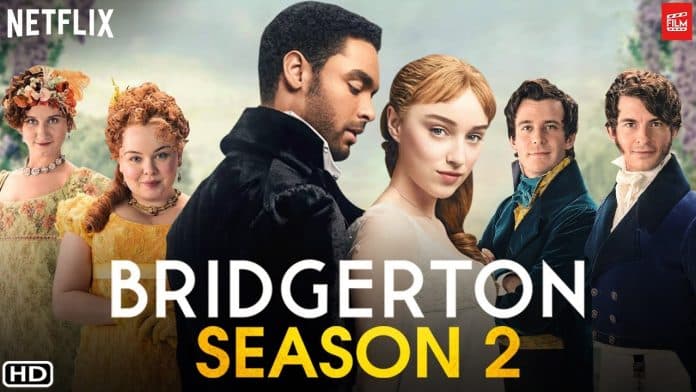 Since the last year’s Christmas from when Bridgerton was dropping on Netflix, it has taken place in the top ten shows worldwide. Shondaland creates this, and the story is based on the famous novels by Julia Quinn; the story of this show is steamy, sentimental, and also gives some images of life in the Regency era in London.

This film follows the Bridgerton family, the story of eight siblings and their mother who are doing their main focus into their love lives and also domestic dramas. In the season one episode it has depicts the eldest Bridgerton girl, Daphne, prepare for the debut into society.

Due to being hailed the belle in the season, she has failed to cope with any proposals. For the3 desirable prospective suitors, the girl and the dashing Duke of Hasting perform a fake romance. It becomes the most popular series on Netflix. In the first 30 days, it was checked by 82 million households.

Renewal of Second Season of Bridgerton

It has confirmed that there would definitely never be just one season of Bridgerton. One fact is that the series which is based on a series of books is a bit of a giveaway. It has known that season 2 of Bridgerton was in the way of active development all the way back in February 2020, due to start very late in this year.

Recently, Netflix has confirmed that there will be a making-of-the-second season of Bridgerton. Lady Bridgerton has posted this message on the social media platform that the ton was abuzz with the latest gossip, and so it was my honor to impart to you: Bridgerton should officially be returned for a second season. She did hope us has stored a bottle of ratafia for the most delightful occasion.

The filming of this film was originally due to get underway midway through 2020. It was just pushed back to this year. It was expected that in spring 2021 filming will be the start date of filming according to Nicola Coughlan. From all of the information, it has been assumed that season 2 of Bridgerton to be released until the year 2022.

The expectation of Bridgerton (Season 2)

The team of Bridgerton has confirmed that Daphne and Simon are not going anywhere. After the entry of their first child in a flash-forward at the ending of season one, it has expected that to watch the pair settle into the married life and also parenthood in the second season. It will spread sunshine and roses to the new couple.

At the ending of season one, we also have seen that the returning of Francesca Bridgerton, who is the third youngest sibling. Sue to not presenting for most of the season the young lady was beginning to spend time with the extended Bridgerton family in Bath in England. We have expected that much more from Francesca Bridgerton.

The identity of the strange and mysterious women Lady Whistledown was revealed to the audience. After helping her for escaping entrapment, the curious Eloise Bridgerton still stands out of who it is. It is expected that the truth will be exposed.

Julie Anne Robinson has been listed as the director for the season 2 episodes. Some hints also have given that we could watch up to eight seasons of this Netflix show. There are also some sketches that are aired on 20th February that is starring Rege-Jean Page.