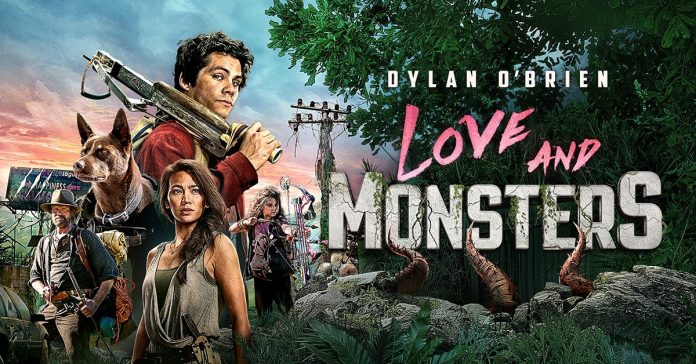 The actor of The Maze Runner Dylan O’Brien’s latest Oscar-nominated film Love and Monster has confirmed to available to watch in the UK soon, recently Netflix has announced that this Sci-fi film will begin to stream in April. The trailer of this movie is now available to watch for the audiences.

This film was got a digital release in the US in October last year. O’Brien has also accompanied with the tweet of Netflix, who was done his own declaration about the release.

Love and Monsters is a film that has secured a nomination for the 2021 Academy Award for its outstanding Visual Effects. This film is a 2020 American monster adventure movie which is directed by Michael Matthews also with Shawn Levy and Dan Cohen as the producers.

In this actor, O’Brien is featuring Joel Dawson who is an orphan survivor in a monster-filled apocalypse. He is lives in an underground colony with a fellow crew of survivors, suddenly Joel has found out that the time has arrived to set out and also find his school lover Aimee from whom he was detached from the earlier seven years when the disaster hit.

In his treacherous journey, he was met with a heroic dog named Boy with a pair of survivalists named Clyde and Minnow, who was trained him some vital skills in order to give some help to fight off some monsters and to find Aimee.

Now, the main question is in this dangerous situation will Joel would be able to survive in his journey and also to find Aimee.

Last year when the decision was taken about the release of Love and Monsters, Paramount COO Andrew Gumpert told that to give the demand for new, high-quality entertainment and Paramount had decided to release Love and Monsters on digital platforms.

It has been confirmed that Love and Monsters will be available on 14th April, on Netflix.