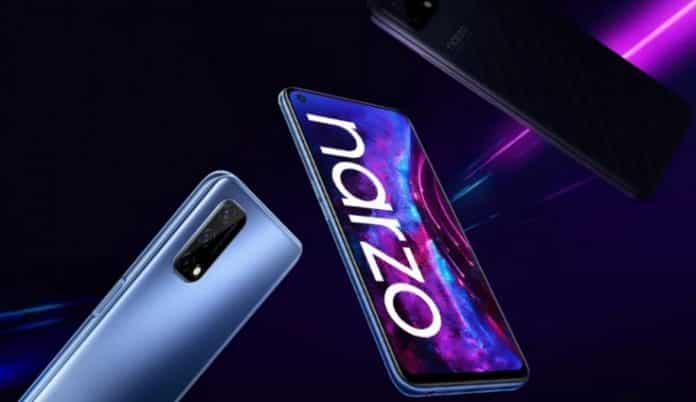 The CEO of Realme India and Realme Europe Madhav Sheth organizes a QnA YouTube video series called ‘AskMadhav’ once every month. In this video series, the CEO answers a bunch of questions asked by the public, and recently, in the 25th episode of AskMadhav, Madhav Sheth has revealed that the Realme Narzo 30 is coming soon in India and the brand has decided to launch a 5G variant as well along with the 4G one. He further confirmed that both the 4G and 5G models will get launched in the same launch event, which means they will be released together.

As of now, the Realme Narzo 30 has reached the end of its testing and development phase. Madhav also added that Realme gives importance to the needs of its customers and as the recent demand is too high for 5G smartphones, the upcoming Realme Narzo 30 will have a 5G variant as well. However, the CEO hasn’t confirmed the exact launched date, merely used the word ‘soon’. So, we can expect it to be launched within a few weeks or even months from now.

Also Read: Samsung Galaxy A52 and Galaxy A72 launched with Quad Rear Cameras and 90Hz display in India

Apart from it, another report has come out regarding the Narzo 30 Pro (currently runs on Android 10) which says that it is scheduled to get an Android 11 beta update in quarter 3 of 2021.