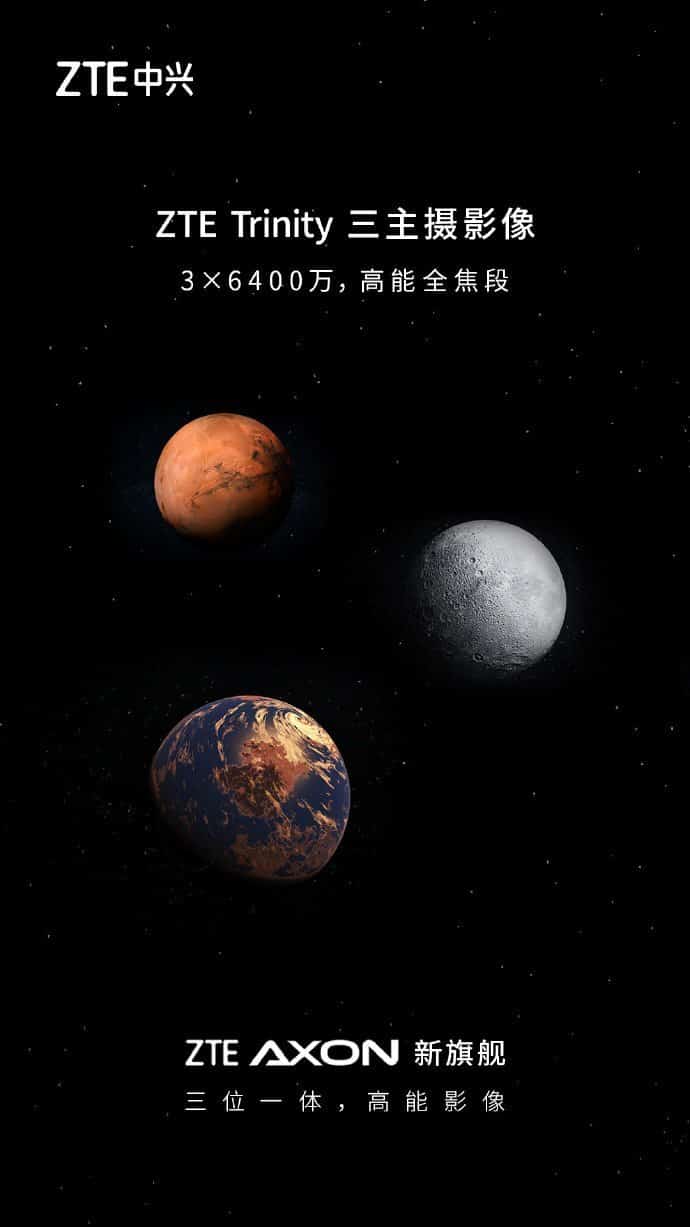 A few days back ZTE had announced the Trinity triple camera setup that will take care of our captured precious moments means the photographs on the next-generation flagship device. The upcoming flagship Axon 30 Pro is now confirmed to have three 64MP Trinity cameras setup at the back. The recent poster shared by the brand shows Earth, Moon, and Mars in an angular placement in space, which also represents the three-camera placements of the upcoming flagship.

Last year a report surfaced claiming that the upcoming flagship ZTE Axon 30 Pro that will launch in 2021 will come with a 200MP camera sensor. This seems to be a fake report after the confirmation from the company.

Nowadays it is an ongoing trend in flagship smartphones to have more than one primary sensor at the back and so do Axon 30 Pro will also follow. There are few Android devices that have more than one primary rear camera sensor. These phones are the Samsung Galaxy S20 Ultra 5G, the OnePlus 8 Pro, the Mi 10 Ultra, and the Find X3 Pro, whereas, Apple iPhone 12 Pro and Pro Max also have such camera setups at the back. ZTE Axon 30 Pro has taken it to another level with its three 64MP sensors.

ZTE Axon 30 Pro is expected to come with a Qualcomm Snapdragon 888 5G processor along with an AMOLED display. It is said to have a 55W fast charging and will run Android 11 out of the box.