All the details of the upcoming Netflix Documentary ‘This is a Robbery: The World’s Biggest Art Heist’ 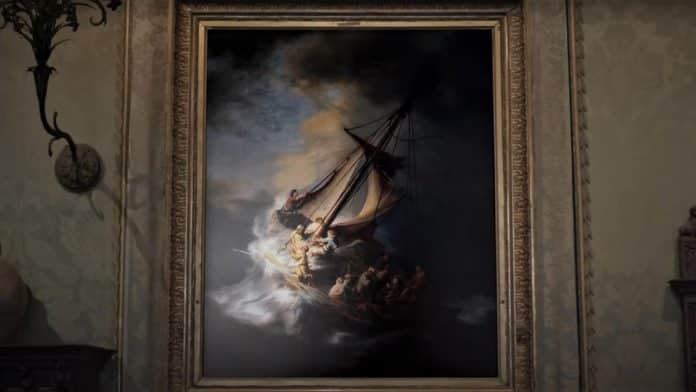 Netflix has going to pull off the biggest art heist ever and also one of the largest crimes in the world of art which was happened at Boston’s Isabella Stewart Gardner Museum. The first trailer for this latest documentary series has released on 11th March, Thursday. The title of this series is Robbery: The World’s Biggest Art Heist.

It is a four-part series, that is set to premiere on Wednesday, 7th of April on the OTT platforms. It focuses on the robbery of 1990 at the museum of Boston’s Isabella Stewart Gardner. It has confirmed that per Netflix over St. Patrick’s day weekend in 1990, who was the legendary workers by Rembrandt, Vermeer and the others cist of over half a billion dollars that day had stolen from the Isabella Stewart Gardner Museum in Boston.

This four-part documentary series from Colin Barnicle has included the leads, dead endings, lucky breaks, and also many speculations that depict the investigation of this ever mysterious story.

The people who are unfamiliar with the case, it has depicted that the famous robbery has set to solve. In fact, the museum authority has announced a reward of $10 million for the people who were going to assists in recovering the stolen works of art. This way Netflix has started to invite audiences to join in the mysterious hunt.

In this upcoming new trailer, we have heard voiceover notes that Isabella Stewart Gardner Museum was a delightful place for the art thieves. It has cost millions of dollars for the artwork. It has been confirmed from various shows and interviews that two men were dressed up as police officers and visited the museum on St. Patrick’s day and murmured that Gentleman this was a robbery.

On confessional highlights of a young woman, it was depicted that no shortages of possible suspects at that time. In this case, the Italian and Irish mob became the front-runner suspects in it. The mafia is very clever in that they knew that had a stolen masterpiece was not less than a get-out-of-jail-free card.