India beat England by 7 wickets and level the t20 series 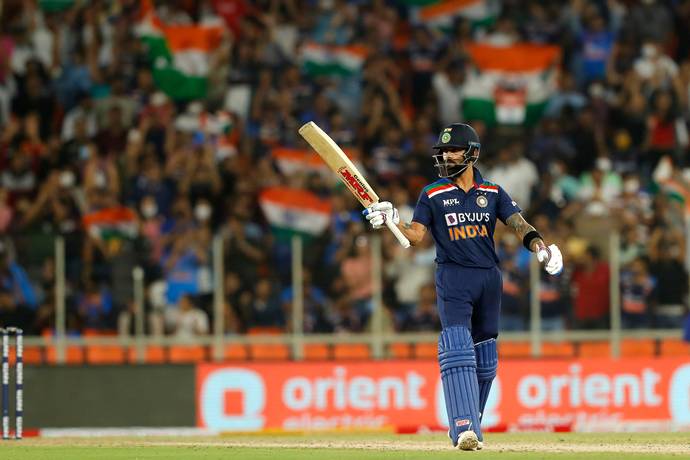 India made a sensational comeback in the second T20 against England after the poor performance in the first match. India beat the visitors by 7 wickets in Motera’s Narendra Modi Stadium.

Indian skipper Virat Kohli won the toss and elected to bowl first. Indian bowlers did a great job to restrict England for 164 runs in 20 overs. In response, India reached the target in just 17.5 overs and won the game with 7 wickets in hand.

Virat Kohli [73 of 49] and debutant Ishan Kishan [56 of 32] did their job for a comprehensive win for the Men in Blue. Virat Kohli shut the mouth of his critics with a dominating knock today. His experience and Ishan’s excellence helped India to chase down the total.

After the match, Virat Kohli said, “Quite a good game for us. I think we ticked all the boxes we wanted to. Specially in the first innings with the ball. To give away only 34 in the last five, very smart bowling. Specially Washy, he had only one left-hander to bowl to and he used the big boundary to the right-handers better.”

The Indian skipper also amazed by the debutant Ishan Kishan. He said, “Special mention to Ishan. Quality innings on debut. When you play in the IPL with such dominance like he has, against quality bowlers. We’ve seen him hit international fast bowlers for big sixes. He knew he was hitting the ball well but he was calculated, not reckless. Today that counter-attacking innings of his and our partnership was something the team needed.”