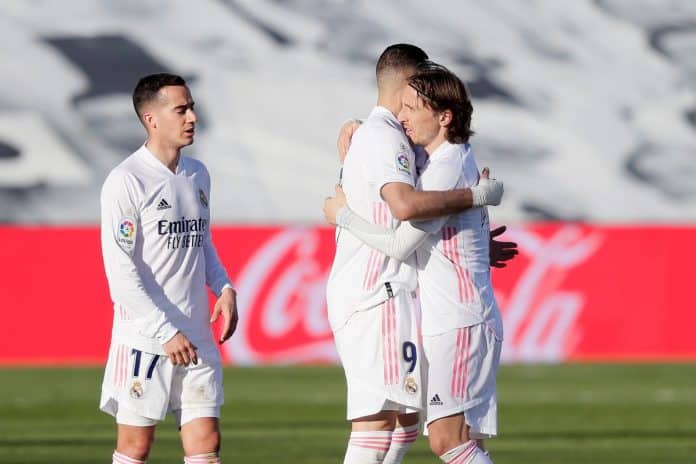 Karim Benzema is again at Real Madrid’s rescue by scoring an incredible half-volley in stoppage time to earn a crucial 3 points over relegation strugglers Elche.

Real Madrid made a sensational comeback to win earn a crucial 2-1 win. The visitors took the lead in the 61st minute. Elche defender Dani Calvo put them into the lead from a thumping header. They shocked Real Madrid after breaking the deadlock from a corner.

But they failed to defend their lead as Karim Benzema scored the equalizer for Real Madrid in the 73rd minute. In the injury time, he scored his second to secure all 3 points for the Galacticos.

Zinedine Zidane welcomed back Sergio Ramos to the team after 10 matches as the Real Madrid captain was out for injury. After the match, Real Madrid’s boss appreciates the effort of Elche. He said, “Elche is a team that defends very well and works very hard.”

He was also delighted with his players’ attitude throughout the match. He said, “When a rival closes you down like that it’s tough for every team. We’re the ones who have to find solutions. At the end of the first half we had chances, and when we get into the rhythm and have patience, good things come. We have to believe in ourselves more, without going crazy.”

Real Madrid is now second in the table, 5 points behind the league leaders Atletico Madrid. However, this was surely a mental boost for Zinedine Zidane’s team before midweek’s UEFA Champions League clash against Atalanta.