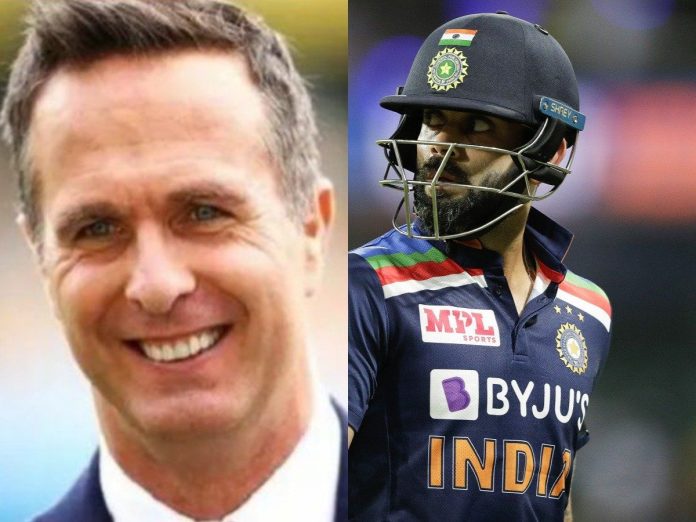 Team India lost the first T20 against England last night. The visitors took the lead in the series by beating Virat Kohli’s men by 8 wickets.

Before the first T20I, India skipper Virat Kohli promised that Indian Batsmen will be more expressive and aggressive in the T20 series. But the things have gone wrong for the Men in Blue in the first T20 at Motera’s Narendra Modi Stadium.

England won the toss and elected to bowl first. They restricted India within 124 runs in 20 overs. In response, England reached the target within 15.3 overs with 8 wickets in hand.

Virat Kohli made some interesting changes to the team. Rohit Sharma was given rest in the first T20. Shikhar Dhawan played in place of the ‘Hitman’. The skipper himself has gone for a duck. After that, some questions arose again regarding Kohli’s recent form.

After the match, former England captain Michael Vaughan slams Virat Kohli and Team India for the poor performance. He tried to troll Team India by saying, “The Mumbai Indians are a better T20 team than Team India.”

However, he got some responses from the Indians as well. Former Indian batsman Wasim Jaffer replied, “Not all teams are lucky enough to play four overseas players Michael.”

Team India will surely try to respond the critics in the next game. They will face England tomorrow at the same venue.