How Erling Haaland’s future looks with the current scenario 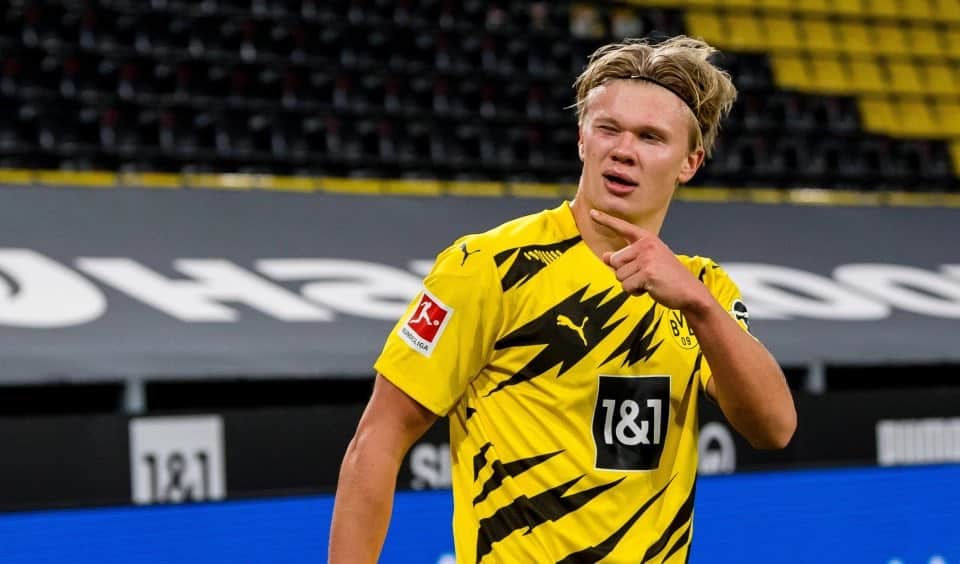 Erling Haaland became the youngest player in the history of the Champions League to score 20 goals, with his double against Sevilla to knock them out of the tournament. It took Haaland only 14 games to get to this point and is no doubt a generational talent at this point.

Speculation has been ripe about his future, and which club he will join after leaving Dortmund since a player of his calibre would no doubt want to be a realistic competitor for the Champions League every season. And Fabrizio Romano reiterated on this week’s episode of the Here We Go podcast that without Champions League football,  he might leave this very season.

The Norwegian has a release clause that becomes valid in 2022 and is worth €75 million which will cause every big club in Europe to pursue him. Dortmund officials Zorc and Kehl have said they’ll fight to keep him and the Champions League will be key to securing his services next season.

Both Manchester clubs, Chelsea, Liverpool, PSG, Barcelona and Real Madrid are all rumoured to be interested in the Norwegian. However, it must be noted that no one in advanced talks yet.

There has also been speculation as to whether the newly re-elected Barcelona President Joan Laporta will try to sign the player, since he is not a typical Barca player. He is something different, as has been stated by Romano in his podcast.

There are different rumours everyday because everyone is exploring the prospect of having the player on their books, considering his talent. Ibrahimovic’s signing by Barcelona in the past shows that the relationship between Raiola and Laporta is good. However, Raiola wants to deal with Madrid since he’s never done business with Madrid President Florentino Perez yet.

Erling Haaland: Why did he choose Manchester City and not Real Madrid?