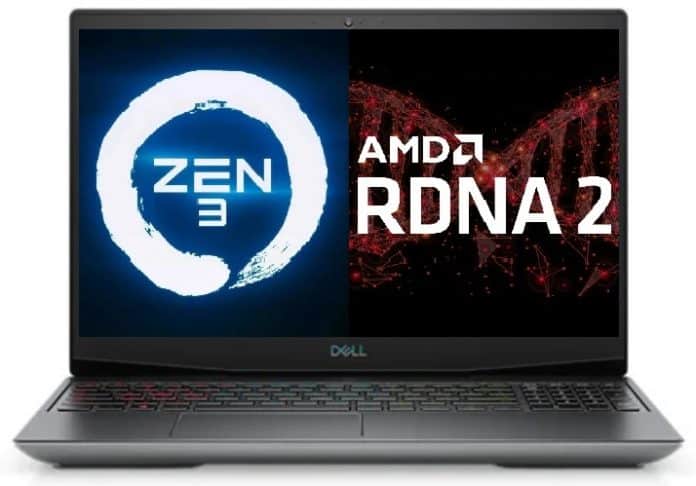 As the OEMs have already started presenting their custom AMD 6700 graphics cards and also that the company’s Ryzen 5000 series is an absolute beast, we expect more laptop makers to adopt the company’s chips into their machines. But our hopes have been severely crushed because AMD is suffering from supply constraint, as it has become a global crisis for the chip industry.

According to recent sources, a well-known data-miner, APISAK, has recently shared the information about the new Dell G5 15 SE Gaming notebook, which was announced to get a refresh this year. The laptop is reportedly being powered by the Ryzen 5000 series processor and AMD’s Radeon RX 6600M GPU, which is a member of the mobile range of SKUs from the Radeon RX 6000 series.

The Radeon RX 6600M will be based on RDNA 2 microarchitecture and will be targeted at those who want a midrange GPU in their laptop. It includes 28 compute units (1,792 cores) and a range of TDPs from 50 W to 100 W. reports indicate that the processor used in the machine is the Ryzen 5 PRO 5650U.

This is not the first time we hear about the AMD Ryzen 5 Pro 5650U, as the processor has also been revealed to be a part of the HP EliteBook 845 G8 laptop and the Lenovo ThinkPad P14s Gen 2 notebook. But, both the machines left graphics processing to the APU’s integrated GPU.

So, if Dell offers Ryzen 5000 processor and a gaming-handy RX 6600M in its machine, then the laptop will surely be welcomed by gamers with open arms.