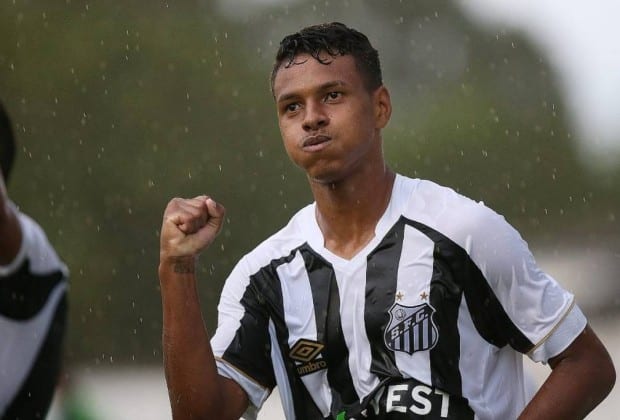 Liverpool and Real Madrid are both monitoring the progress of Santos forward Angelo Gabriel as they consider making a move for the teenager.

According to a report by Sport Witness, Liverpool have been impressed by Gabriel’s progression at Santos this season and are looking into a potential deal.

The 16 years old Angelo Gabriel has impressed in the limited game time he got for Santos. He made his debut last season. He has already made 12 appearances for the club. He has made his first appearance in the Copa Libertadores a few days back. Though he yet to score his first goal for the club.

Gabriel has a €60m release clause in his contract with Santos. But it is very much questionable to spent this high amount of money for a 16-year-old.

Liverpool boss Jurgen Klopp always loves to nurture young talents. There are multiple Brazilian like Alisson, Firmino, Fabinho on his Liverpool side as well. So, the Reds are now considering a move for the teenage Brazilian as well.

However, the Premier League champion can find a challenge from Real Madrid in signing Angelo Gabriel. Real Madrid is also interested in the Santos teenager. Real Madrid has signed some Brazilian youngsters like Vinicius Junior, Rodrygo, and others in recent times. Angelo Gabriel can join that list as well.