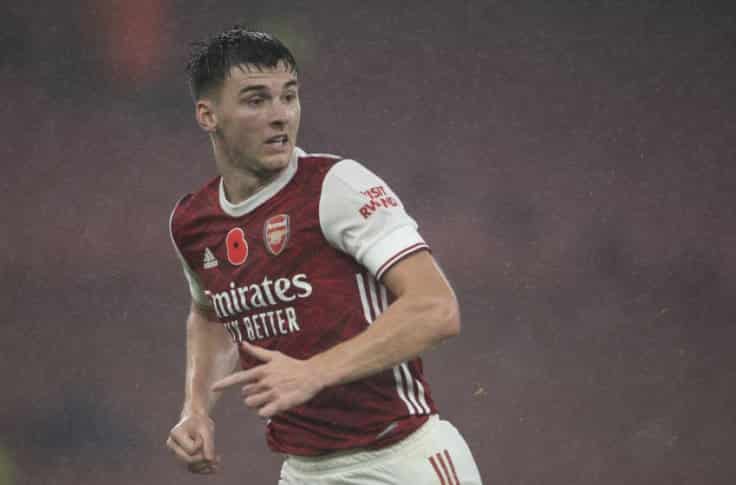 Recently, there was a resurgence in rumours linking Arsenal’s Kieran Tierney to Napoli. The left-back has been linked with the Italian club for a while now, but there has been nothing concrete about Napoli’s interest in the Scotland international.

Arsenal are very happy with the player, and at one point in the season, Tierney was the only reliable name on the team sheet. Fans had also asked for the player to be made captain of the team due to his vocal nature on the pitch, but Mikel Arteta has decided otherwise. Coming back to the rumours, Napoli are currently not planning.

Tierney primarily operates as a wing-back with a back 3, but can also be deployed as a centre-back, as well as a left midfielder. This versatility makes him a very valuable asset for the team that he plays for, alongside his work-rate.

Arsenal surely want to keep him, whereas Napoli are set to undergo a rebuild project with the arrival of a new manager next season in line for them. Arsenal have a lot of young talent amongst their ranks, most notably, Bukayo Saka showing up when the club needs individual brilliance to take it to the opposition.

The player has improved a lot since initially coming through at the first team, and is now one of the brightest prospects for the future.