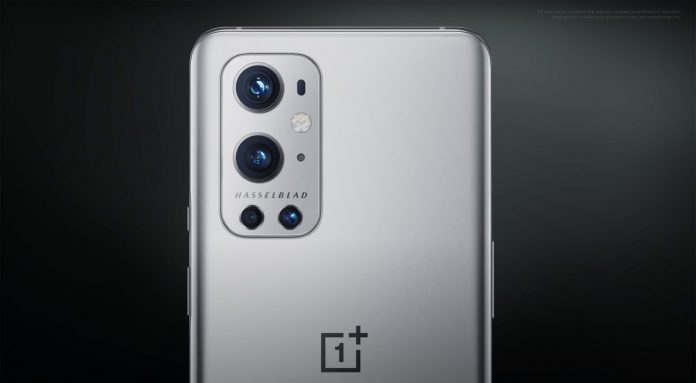 OnePlus 9 series will have two different variants including the vanilla version and the Pro version. The OnePlus 9 series is scheduled to launch on March 23 in India. Ahead of the launch we already know that the company is partnering with Hasselblad for its colour optimization in the camera. Other than this there are few more leaks that have surfaced in a while.

The OnePlus 9 Pro has been already shown by the company where we have seen a different look at the rear camera panel with larger camera sensors this time. Along with the image of the phone this time, we have also got the image of its box. The picture of the box along with the phone is still not clear if it is real or fake but from the previous designs, we are optimistic about this one also.

Pete Lau has shared “the secret behind” the “stunning ultra-wide camera” of the OnePlus 9 series in his recent tweet. The phone will come with a SONY IMX766 Sensor that will help the phone to generate “Ultra-Clear” images in an “Ultra-Wide” snap. The SONY IMX789 Sensor will help to capture cinematic video in 4k 120fps.

Pete Lau has also told in this tweet that he will be giving some surprise by the end of this week, so we will wait for that and will share it with you all.

The colour version of the OnePlus 9 series is very diverse. Let’s see the colour options first then will discuss the availability via different partners.

Also Read: NOTHING teases the first look of its True Wireless Earbuds

We can expect an 8GB RAM variant and 128GB inbuilt storage. The Bluetooth of the OnePlus 9 (model: LE2117) is 4+. We get a screen resolution of 1080×2400 which is an FHD+ display and a screen size of 70mm x 151mm. The diagonal screen dimension is 6.55 inches which is also commonly known as the screen size of a smartphone. We get a display refresh rate of 120Hz.

The phone will have a Qualcomm processor, but not mentioned the exact name of the Snapdragon chipset. It will be paired with Adreno (TM) 660 GPU. In the case of the rear camera, we will get a 12MP sensor with a 6.06mm focal length on it. The front-facing camera will support a video resolution of 4.1MP with a focal length of 3.74mm. More features supported by both the cameras are mentioned in the above image. The phone seems to be powered by a 4,500mAh Li-ion battery and we are unaware of the fast-charging details.