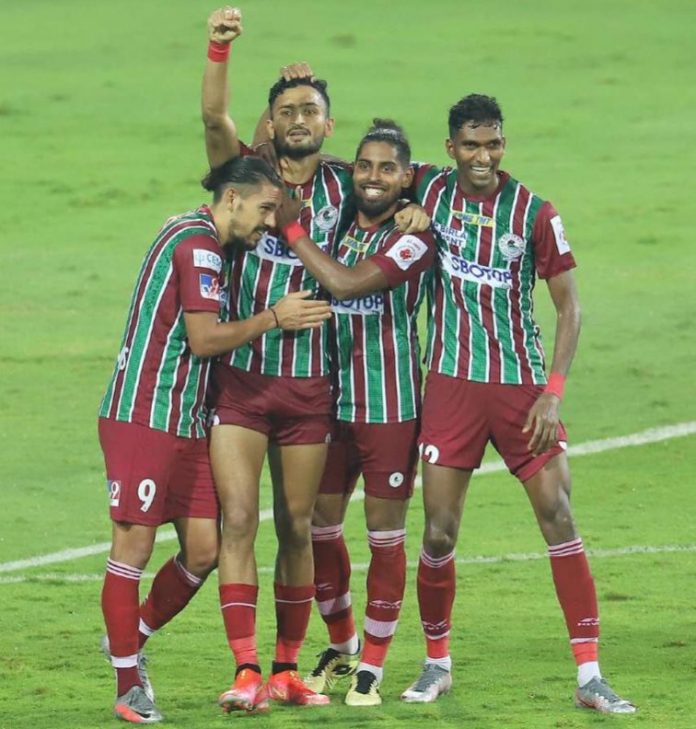 NorthEast United’s unbeaten run came to an end in the second leg of the semi finals against ATK Mohun Bagan today, and the Mariners are now on their way to their second successive final of the Hero ISL.

Roy Krishna, who is still the top scorer in the ISL this season, turned provider as he assisted both the goals in ATKMB’s 2-1 victory over NorthEast to send them packing. The two goals in each half were scored by David Williams and Manvir Singh in the first and second halves respectively.

NorthEast managed to pull one back in the 74th minute, but could not find another goal to level things up. This led to them finally tasting defeat at the hands of their opponents on the night.

As predicted by many, the finals of this season showcase the two best teams in the division, ATK Mohun Bagan and Mumbai City FC going at each other in an attempt to determine who is the outright best once and for all.

Given that Mumbai managed to win their last encounter, which was also ATK’s last game in the group stage, they will be heading into the match with a psychological edge over their opponents. On the other hand, ATK will be determined to build on the errors they made previously to win against them this time.

Mumbai have the chance to win the double this season, if they manage to win against ATK, but it will not come easy considering how good the Mariners have been defensively. The same can be said for Mumbai, since both teams seem to have no clear weaknesses heading into the big match.