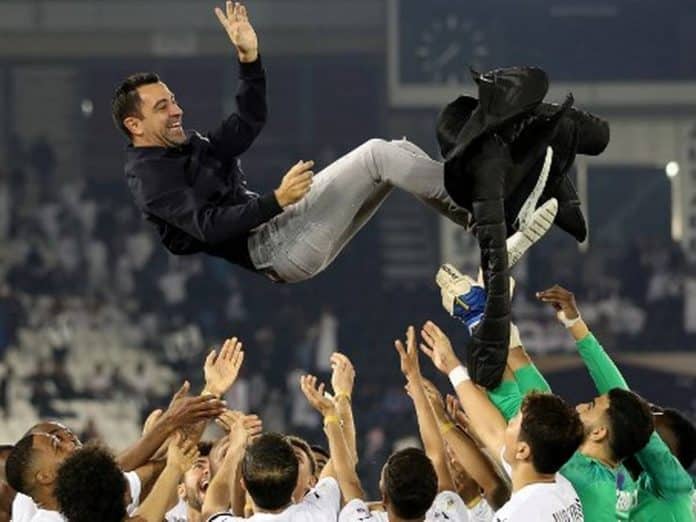 FC Barcelona legend Xavi Hernandez won the first league title of his coaching career in Qatar. His side Al Sadd became the champion of the Qatar Stars League trophy after beating Umm Salal in a 3-0 victory. Al Sadd is now 13 points clear at the top with just four matches remaining.

The former Spanish midfielder had already won the title with Al Sadd as a player in the 2018-19 season. He has already led his side to multiple cup trophies, mos recently the Amir Cup in December of 2020, but he was ecstatic about the league triumph, which was Al Sadd’s 15th league title in history.

Xavi Hernandez was delighted after becoming the champion. He said, “We created a new history for Al Sadd. I am happy to win the league title for the first time as a coach with Al Sadd, after winning it as a player.”

“I am happy to be in this group of players, officials, technical and medical staff. Our goal is to win all the tournaments we participate in.

“Special thanks to the fans of Al Sadd who supported the team with full force throughout the season and also in the championship match against Umm Salal. We promise them to continue working to make them happy and win more championships for the club.”- he added.

Xavi was highly linked with FC Barcelona for a long time. Some fans also want him to take the charge of the Catalan side. After this success, it will surely going to be increased for sure.

Previous articleCan Joan Laporta save Barcelona from the mess they are in?
Next articleboAT Watch Flash is launching today, coming with SpO2 sensor, 7 days battery life, and more