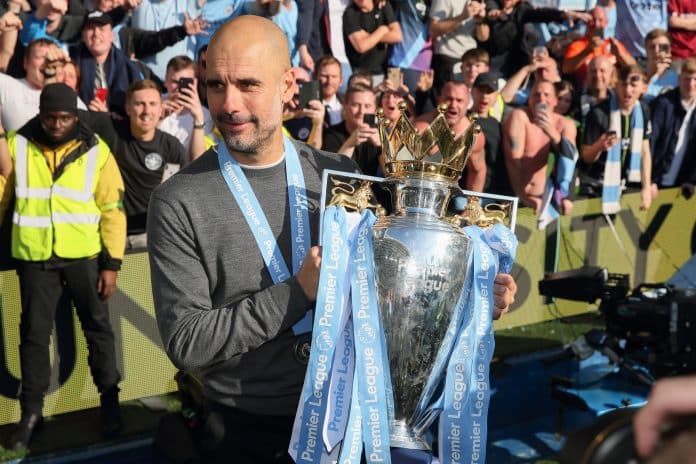 Manchester City boss Pep Guardiola is set to add another record to his collection and join an esteemed group of managers when Manchester City complete their procession to the Premier League title.

Manchester City is now leading the Premier League table and currently 11 points clear of the second position Manchester United. The Red Devils need a miracle to surpass their rival to win their 21st league title which is quite impossible.

However, if Manchester City finally claims the league title then Pep Guardiola will become the third manager in Premier League history after Sir Alex Ferguson and Arsene Wenger, to reclaim the title during a single stint with any given club.

Manchester City won the title in the 2018-19 season. But they failed to defend the title as Jurgen Klopp’s Liverpool broke their curse and claimed the title after 30 years. But City has the chance to snatch their trophy back.

Guardiola was asked about this potential record in the press conference. In response, the Spaniard said, “I don’t know when I sign to make history.”

“Just to win one game. Then the second one. If we are able to play the team like we want to play, this is the only target. Titles are a consequence for something much deeper.”

“I’m not a guy who imagines what happens. The reality is our team face a good team and when we achieve it, ask me the question how it feels and I will answer.”- he added.

Top 5 managers who have never been sacked