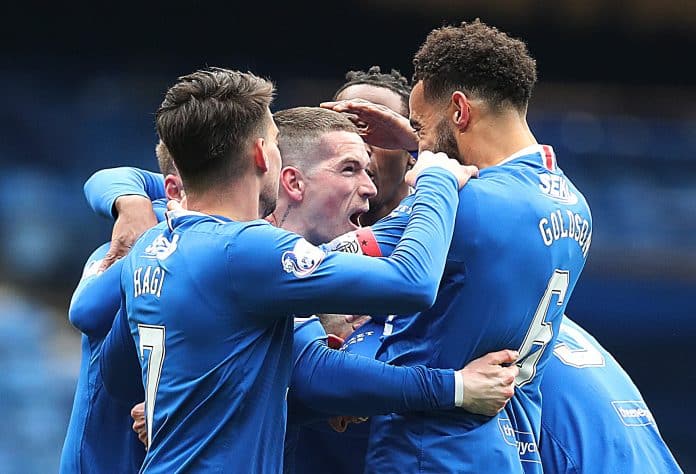 Steven Gerrard’s Rangers have been crowned the Champions of the Scottish Premiership for the first time in ten years, usurping arch rivals Celtic from their stronghold on the title for nine consecutive years.

The Gers have not lost a single game in the league this season, and have won 28 games while drawing 4. They still have six games remaining in the league and will be looking to go unbeaten throughout the season to put themselves alongside Arsenal as unbeatable throughout the campaign.

Steven Gerrard’s team could finish the league with over 100 points, having 18 points remaining to be played for. They currently have 88 points from 32 games and have scored an impressive 77 goals en route to the title victory. However, rather unbelievably, they have conceded only 9 goals in 32 games, something that will go down in the history books.

“I’m lost for words in how I describe my team,” manager Gerrard told Rangers TV on Saturday.

“I’ve only been part of it for three [years], but I can certainly relate and I’ve got that feeling and that affection with the fans and I know what they have been through.”

The Glasgow club were mathematically declared as champions after Old Firm rivals Celtic were held to a 0-0 draw against Dundee United, who hosted the former champions. Celtic will have to watch Rangers lift the title from second place, currently having 68 points from 32 games, 20 behind the new Champions.

Previous articleTop 10 Comedy content available on SonyLiv
Next articleMadrid derby ends 1-1; what it means for the title race

AIFF and Rangers FC announce strategic partnership: What it means for Indian Football?

UEFA Europa League 2022 Final: Eintracht Frankfurt and Rangers both on the verge of creating history

Europa League 21/22 finalists confirmed: Who is going to Seville for the big game?